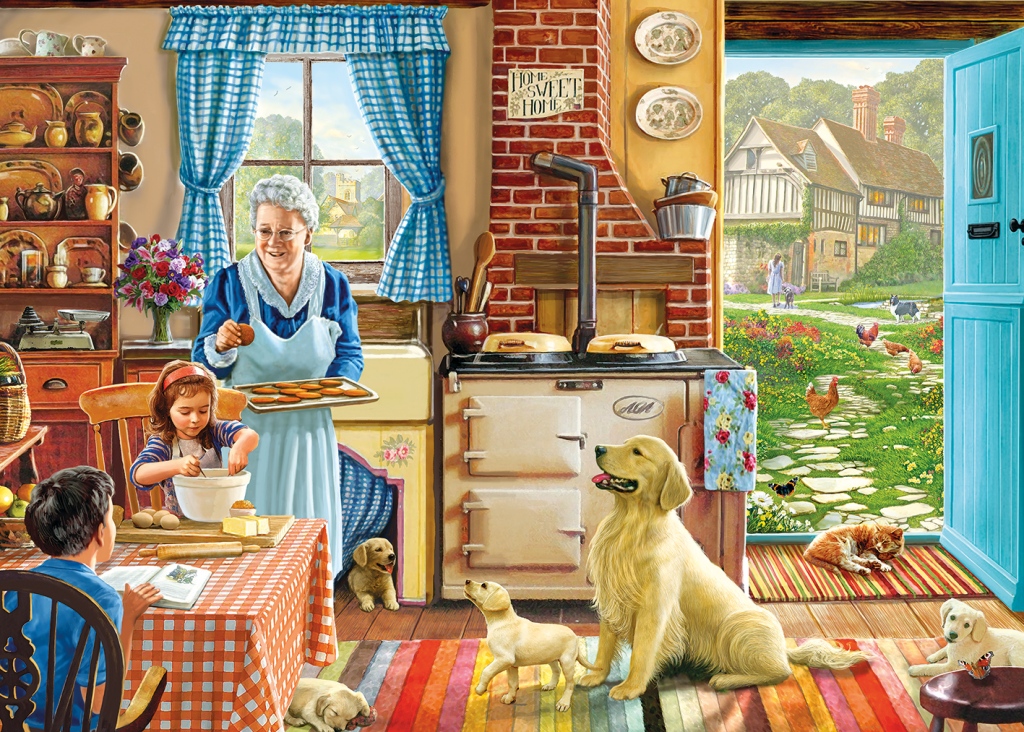 Whoo hoo! It’s so exciting to see the new puzzle images released for 2015. I’ve been watching the various puzzle maker’s sites like a hawk and have already posted the new puzzles from Ravensburger, Heye, Cobble Hill, and some upcoming JVH and Rob Derks images.

The day after Christmas brings us an update to the Gibson website with their new images for Jan 2015. And man, they have outdone themselves!  You can see ALL the puzzles right here.  But here are my favorites.

Some of Gibson’s British nostalgia artists have very loose art styles that can get blobby in close-up, but not Steve Crisp. His work is sharp and detailed. That’s why he’s my favorite. The new images are delightful, especially “Home Sweet Home”.  Gorgeous! 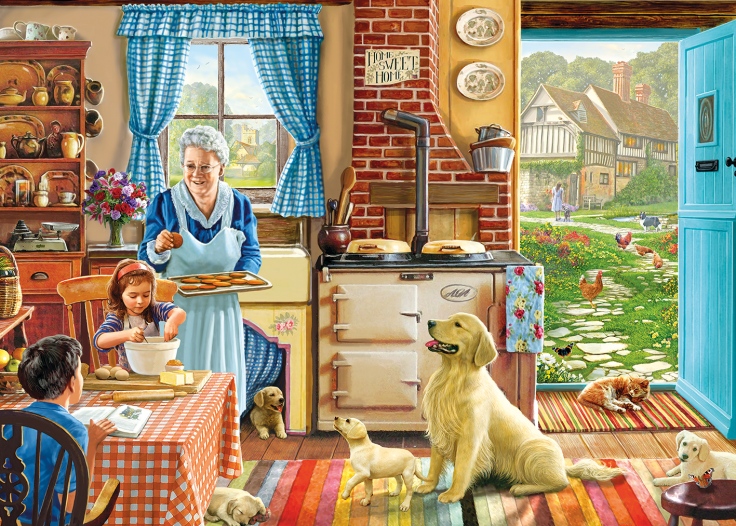 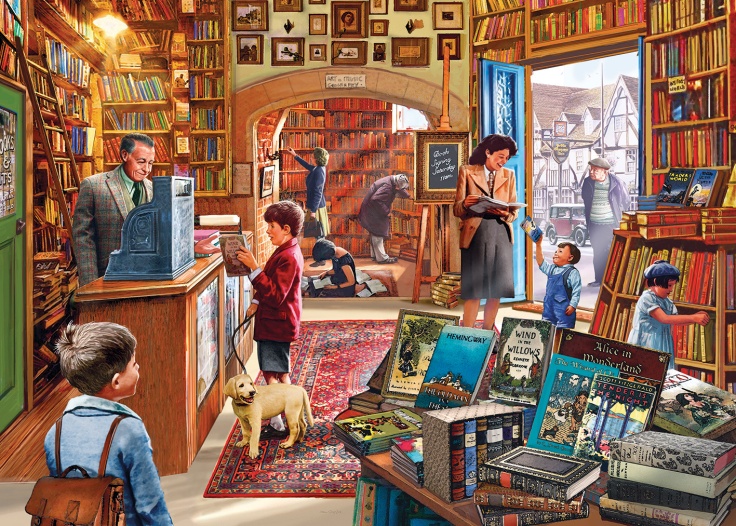 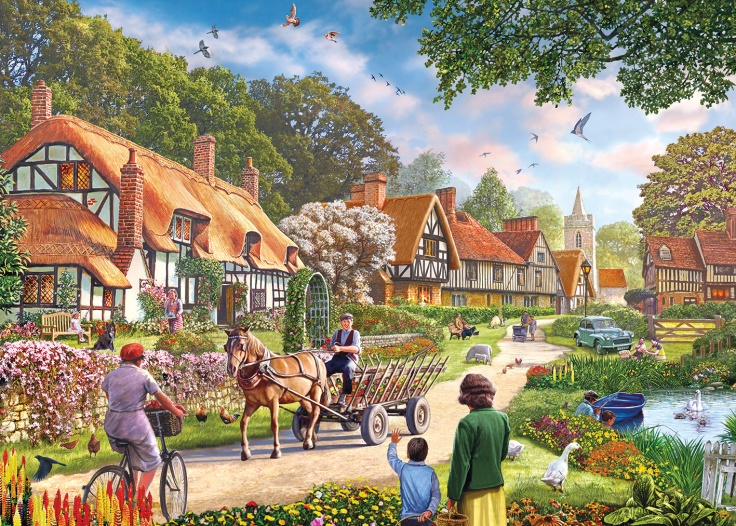 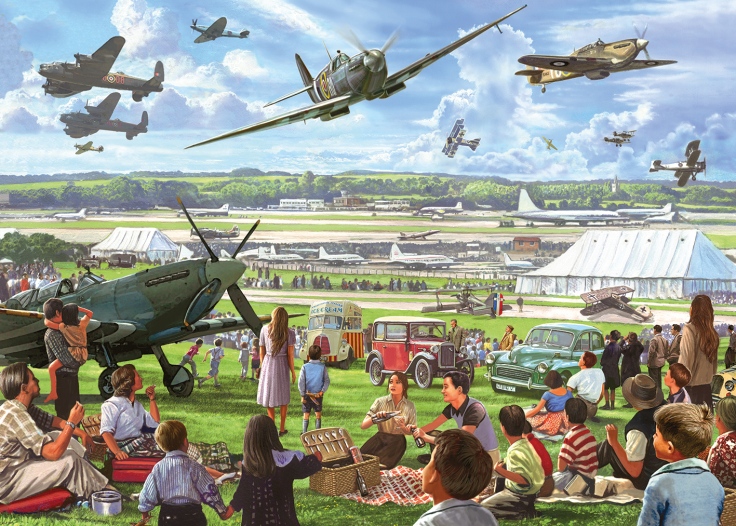 Wow! I love this brand new series from Gibson!  The scene shows the interior and exterior of a modest family home in different eras. I love all the details and areas of interest. The art style is very appealing.  There are two in this new series released in January and hopefully more to come. I also really like the new series box design that has a color/pattern reflecting the era. Awesome job, Gibson! 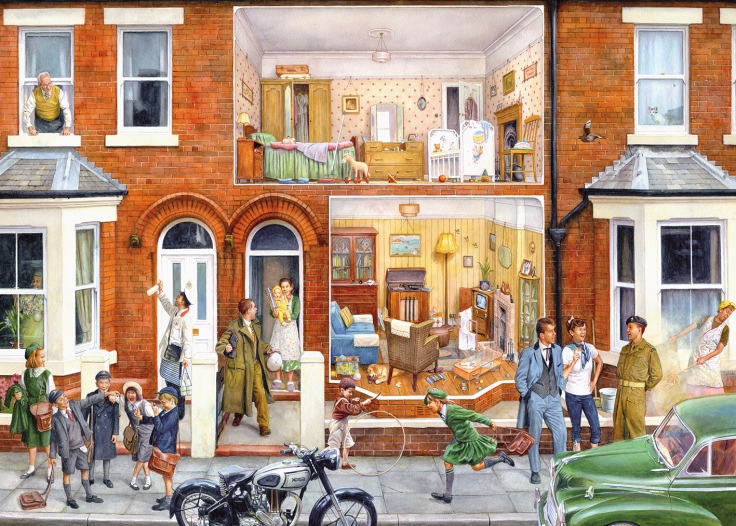 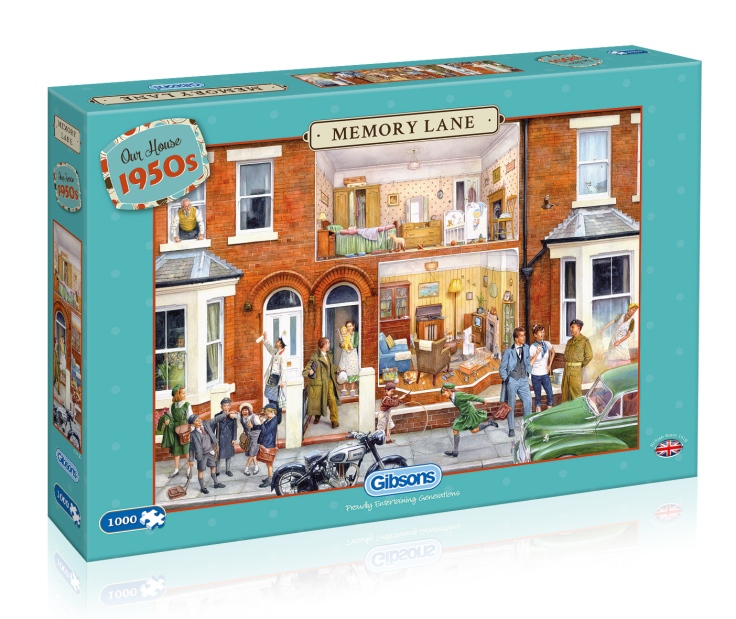 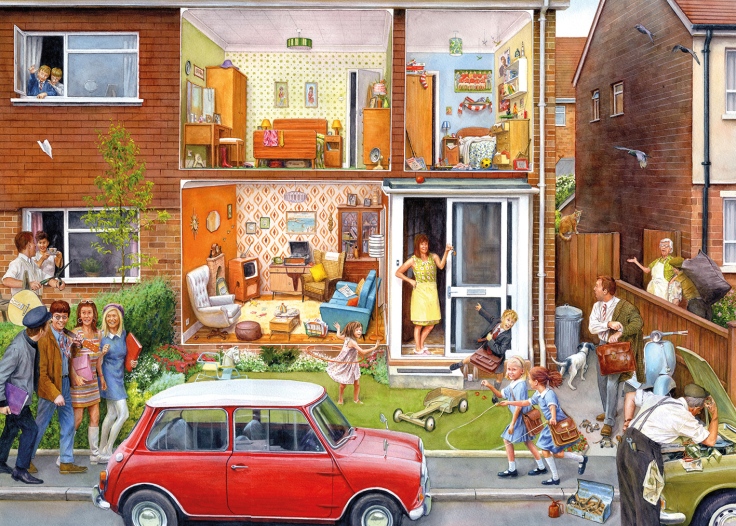 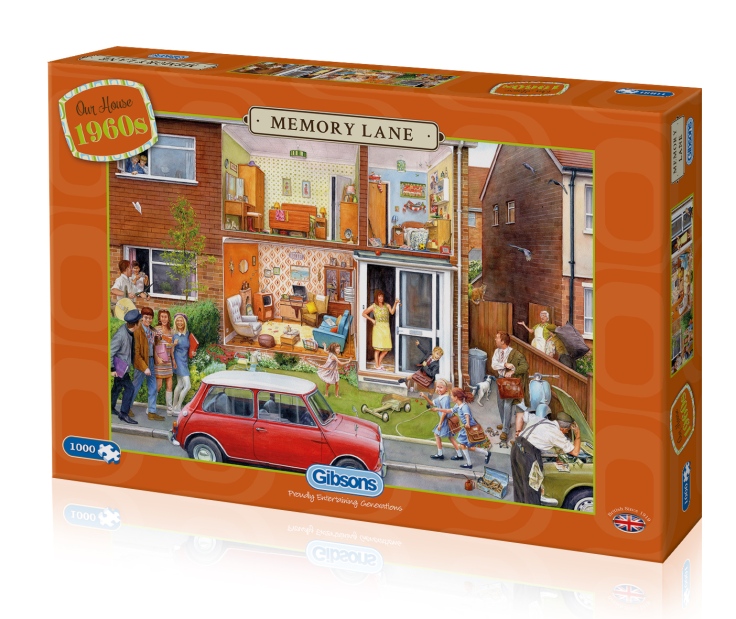 I also like relatively new puzzle artist Tony Ryan, for his level of detail and soft, but not loose, art style. These two new designs are very appealing and offer plenty of interest throughout the scene. They remind me a bit of House of Puzzles images.

Both these are lovely images for those who prefer larger puzzles. 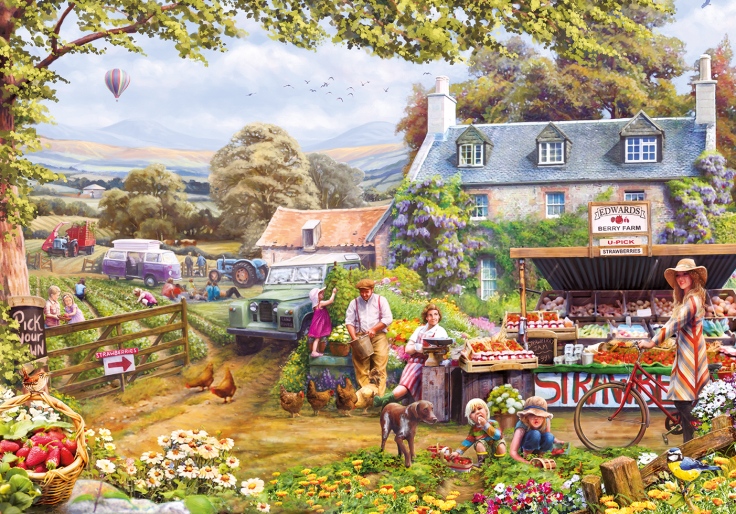 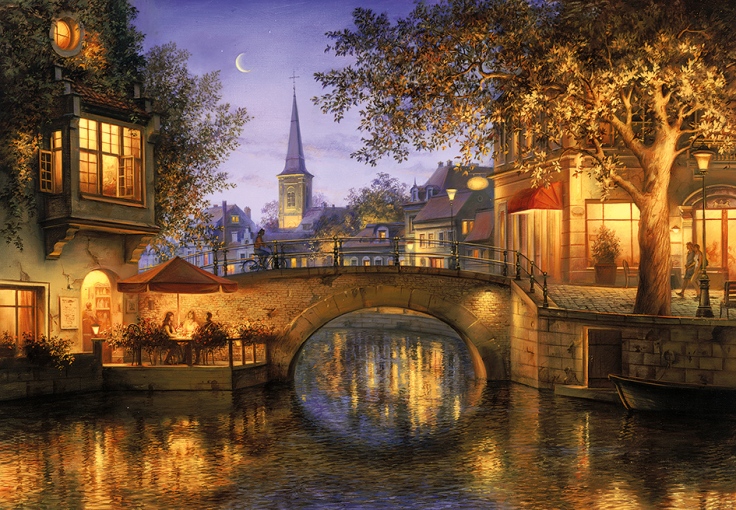 Previous boxed sets of nostalgia images “The Milkman’s Rounds“, ‘The Postman’s Rounds“, “Rag and Bone“, “A Trip to the Shops“, “Time of our Lives“, and “Stop Me And Buy One” proved very popular. This year there are two new sets. My favorite is “Bobby’s Beat”, which depicts a local police bobby’s rounds around a small nostalgic British village in summer. I feel like Miss Marple should be in these pictures. 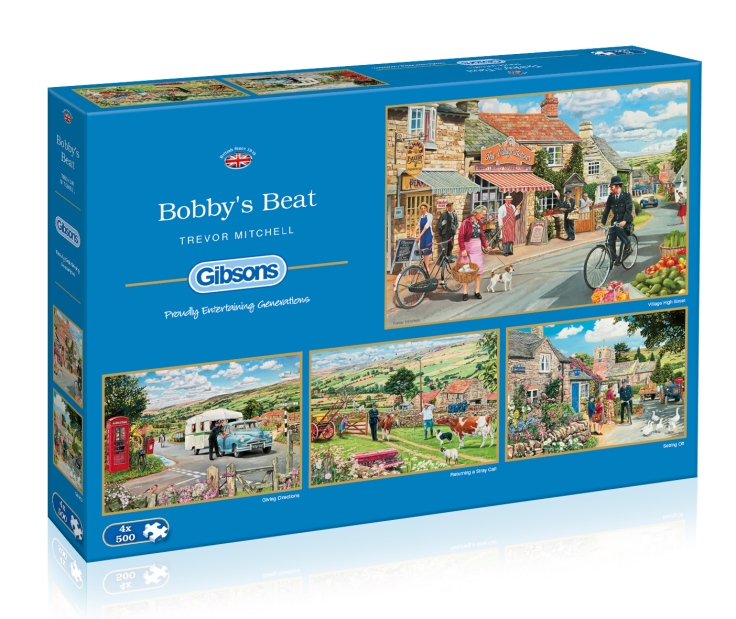 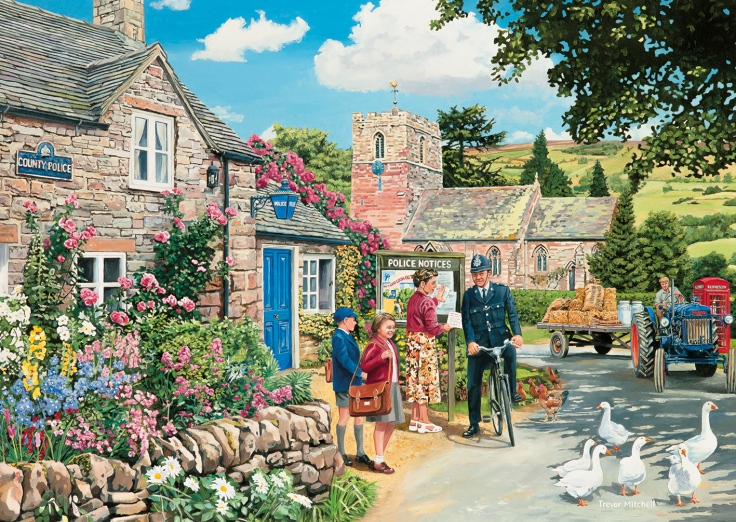 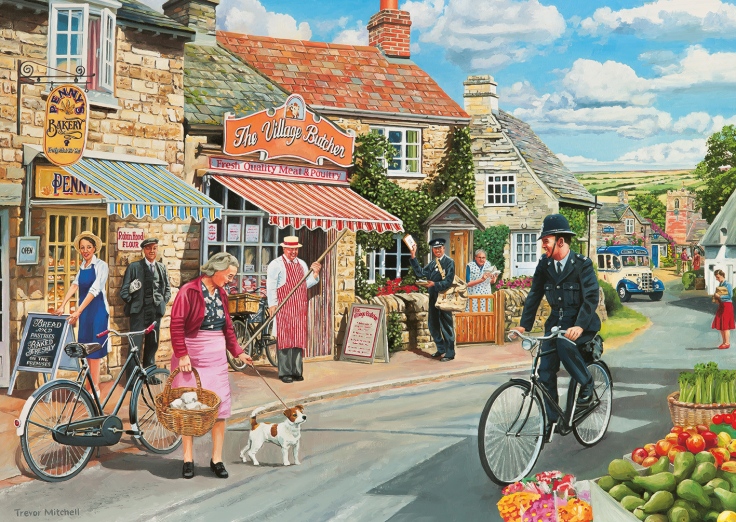 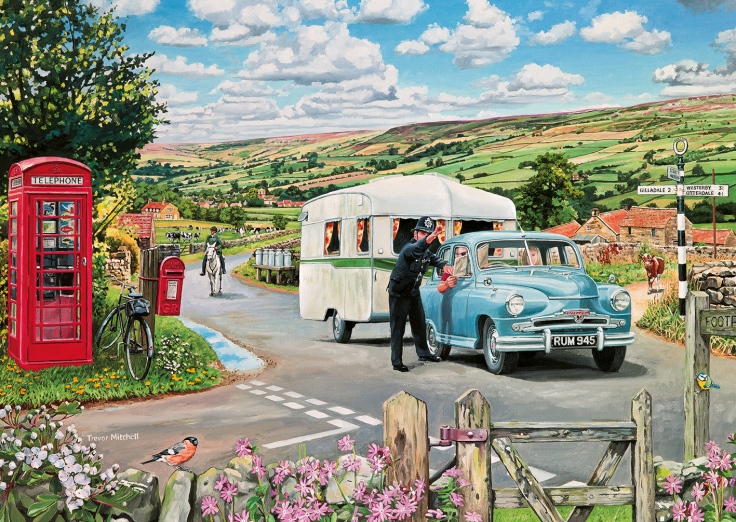 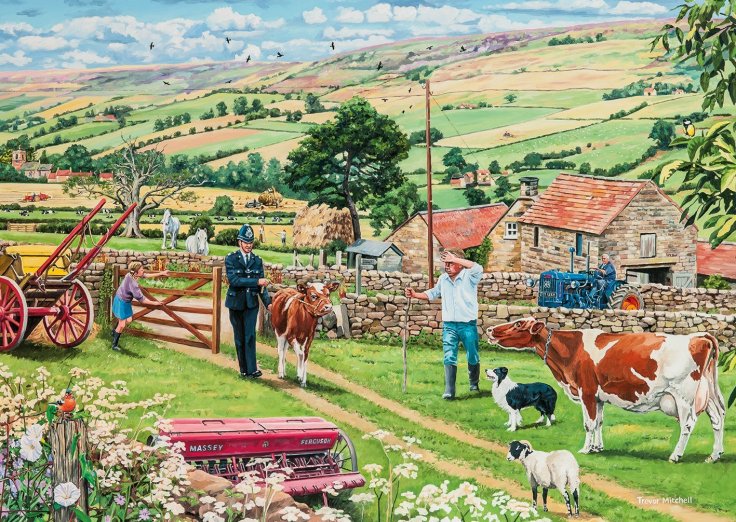 The second set is by Kevin Walsh and has more of a watercolor feel. 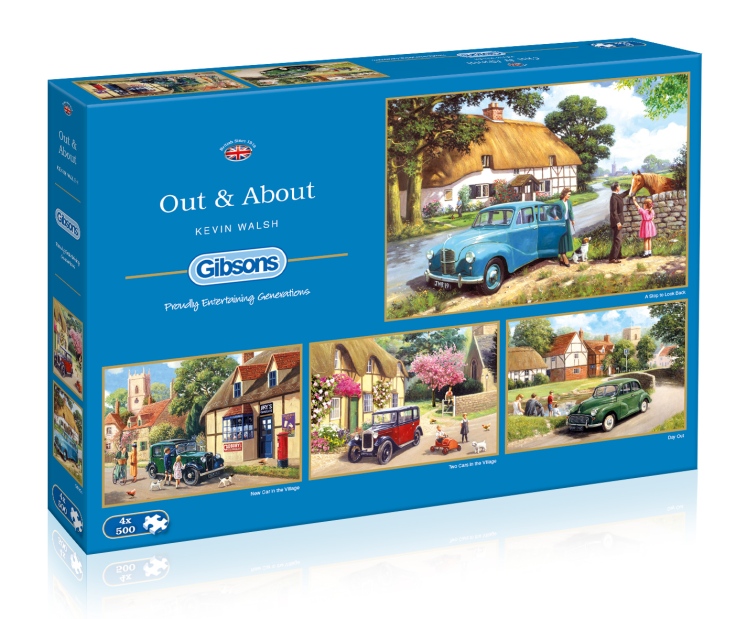 “Catch Us If You Can” by Debbie Cook

I like Debbie Cook’s combination of cuteness and detail. This is a brand new image for 2015. 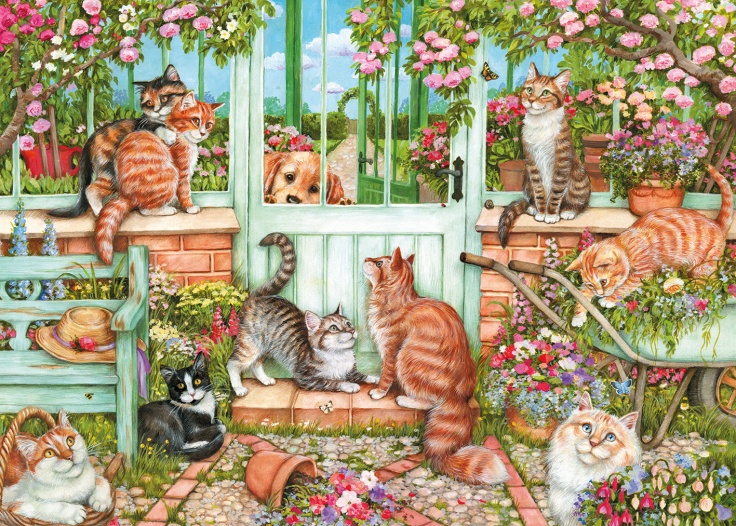 Oh, those crazy cats! Linda Jane Smith’s cat images are produced by a number of puzzle manufacturers including Ravensburger, WH Smith, Gibson, and (in the past) Bits and Pieces. Here are two new images for 2015 from Gibson. 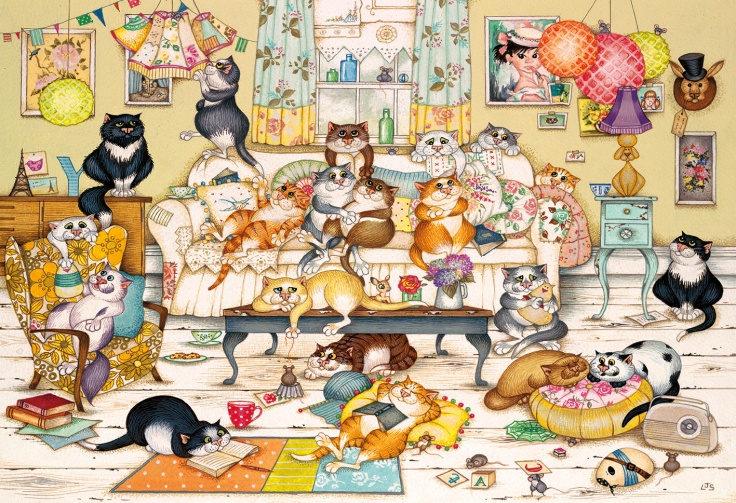 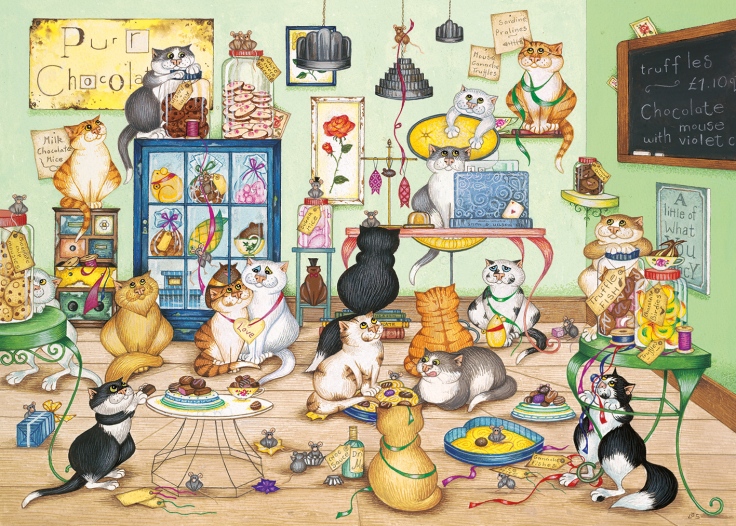 I always like cutaway designs, and this simple but charming art style reminds me of Gale Pitt. I wish it was available in 1000 pieces too. 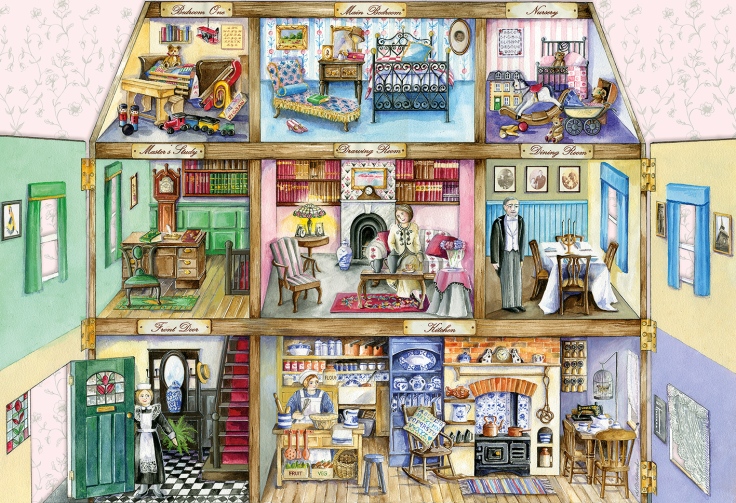 Those are my top pull-outs. Exciting line-up, isn’t it? Better start saving those pennies now!

You can see the entire line here.

If you live in the UK — You can find Gibson puzzles at most retailers that carry puzzles, and also get quite good pricing on Amazon UK.

If you live outside the UK — I’m in the unfortunate position of being a British puzzle addict who lives in the US. While the puzzles themselves are not overly expensive, the shipping cost can kill you. On ebay you will often be asked to pay 19 pounds to ship one puzzle! The best option I’ve found is to buy from “Buy For Less” seller via Amazon UK. They charge only 4 pounds per order! So if you order a lot at once it’s an amazing deal. This seller often takes a week or two longer to get the new puzzles, but they carry all the Gibson, Ravensburger’s UK puzzles, Jumbo, and Falcon puzzles.  Amazon UK also has fairly decent shipping prices if you buy from them directly.

Puzzle Warehouse is another great alternative for those in the US, as it’s the largest jigsaw puzzle store in the world.