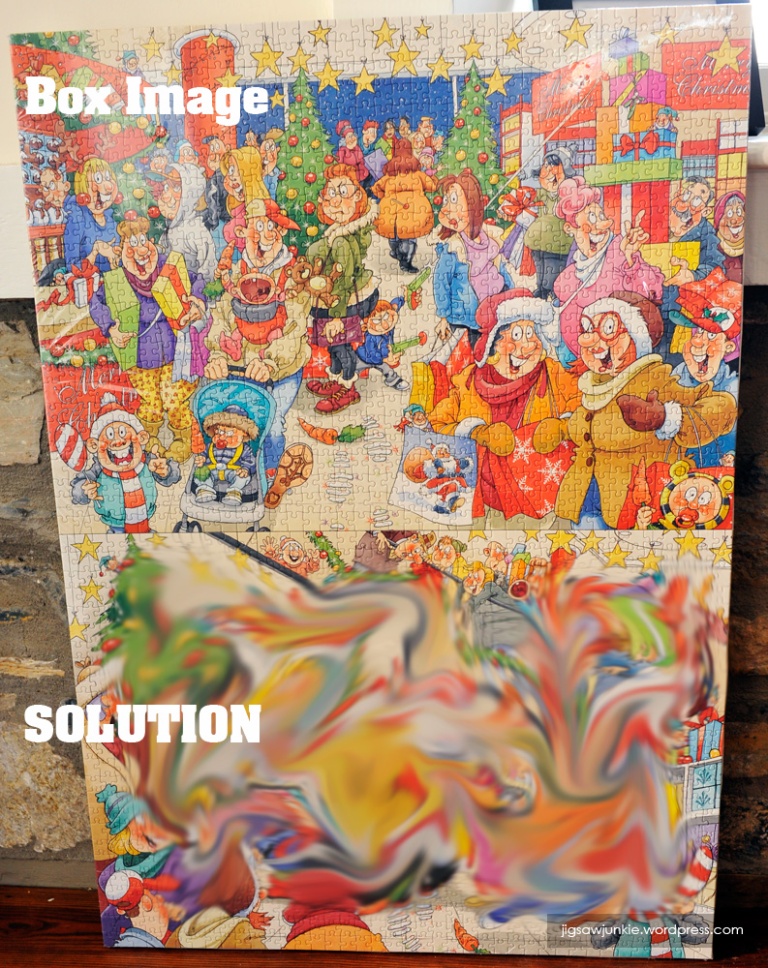 How To: Assembling and Framing Multiple Puzzles Together 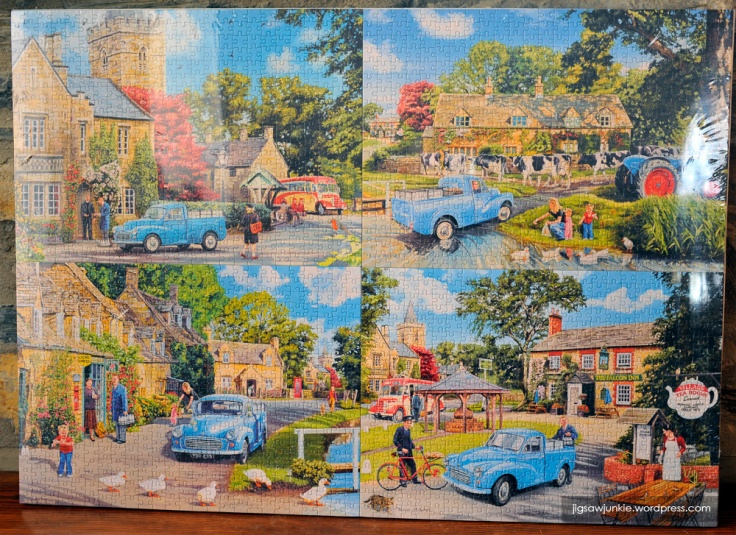 I know there are probably other puzzlers like me out there who have a bit of prejudice against any puzzle under 1000 pieces. I will occasionally get a 500 piece puzzle if I adore the image, but the thing is, a 500 piecer usually is done in the span of one evening, and it hardly seems worth the effort, especially if it’s a puzzle that has to be shipped from overseas. Plus, the resultant finished puzzle is small and not particularly impressive.

But it can be rather fun if you have more than one puzzle that look good together, such as Gibsons’s mutli-puzzles sets. The puzzle above is “The Postman’s Rounds”, a set of four 500 piece puzzles in one box. You can mix them all together, if you like, to make a fairly challenging 2000 piece puzzle. But even if you do them separately, mounting them together makes a more interesting and impressive display.  (See my post here about doing temporary mounting for puzzles).

You can also ‘double mount’ 1000 piece puzzles. Over Christmas I did the 2014 Wasgij Christmas puzzle. That puzzle came in a box with the box lid image and the wasgij image as two separate 1000 piece puzzles. Quite by mistake, I ended up doing the box lid image first and then of course I had to do the wasgij image too. It turns out they’re more interested mounted together. 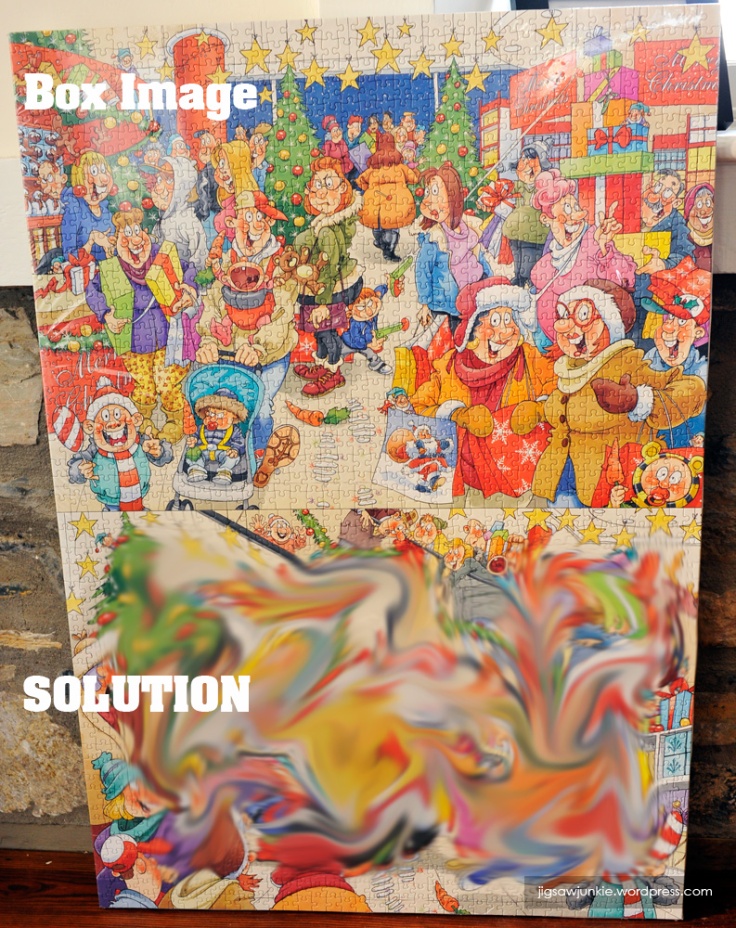 (I blurred the wasgij image because I dislike having those spoiled for me.)

It enhances the wasgij joke, I think, to be able to see both the box image and the wasgij image together. In fact, now I finally have a use for those wagsij boxed sets of lid images. I think I’ll pick up some of the early ones and do them with the original wasgij puzzles I already have and then mount the lid and the wasgij images together.

It can also look quite nice to frame larger puzzles together too, particularly when they’re designed for that purpose. Below are two Epoch puzzles, 2000 pieces each. (This is not my image, but one I got off the internet.) 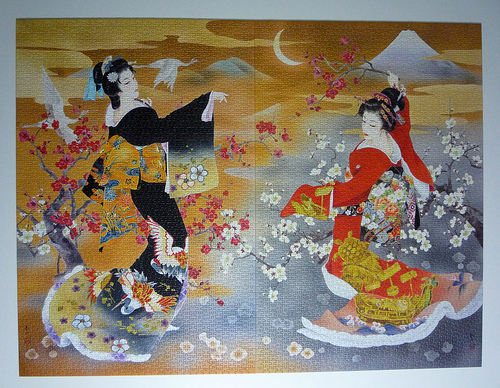