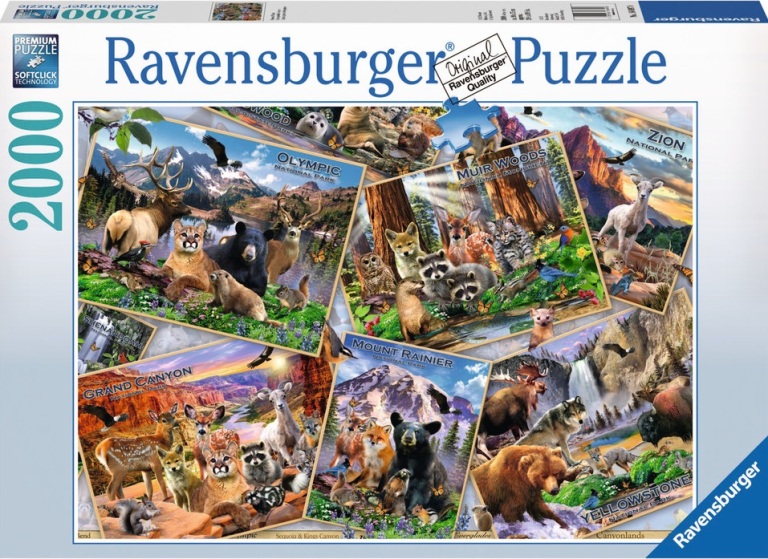 2015 Puzzles: New from Ravensburger US

I love national parks and I like Howard Robinson’s wildlife art, so I was very happy to see these. You have your choice of either 1000 or 2000 pieces. The images are similar but not identical. 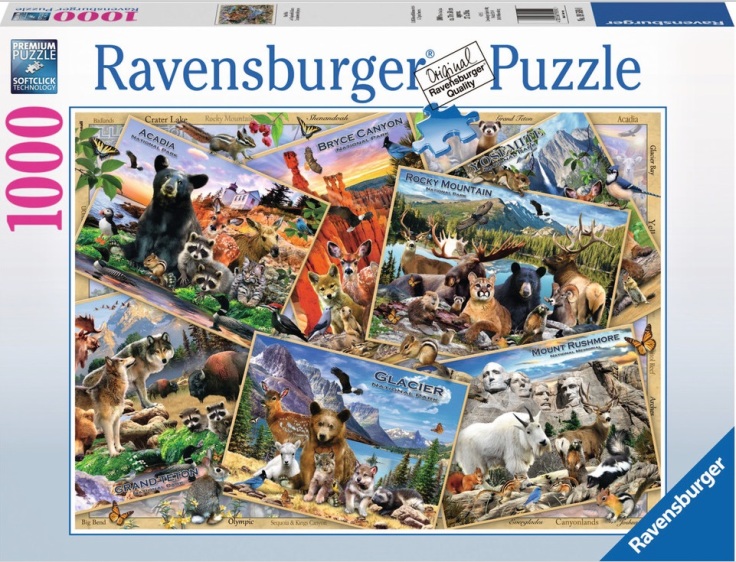 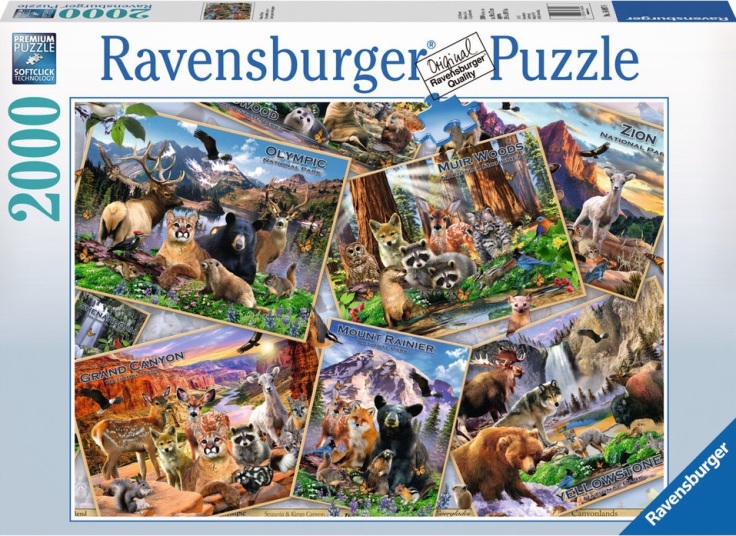 There are two new scenic fantasy puzzles in 1000 pieces, both very nice and colorful images. The names of the artist aren’t given on the website. 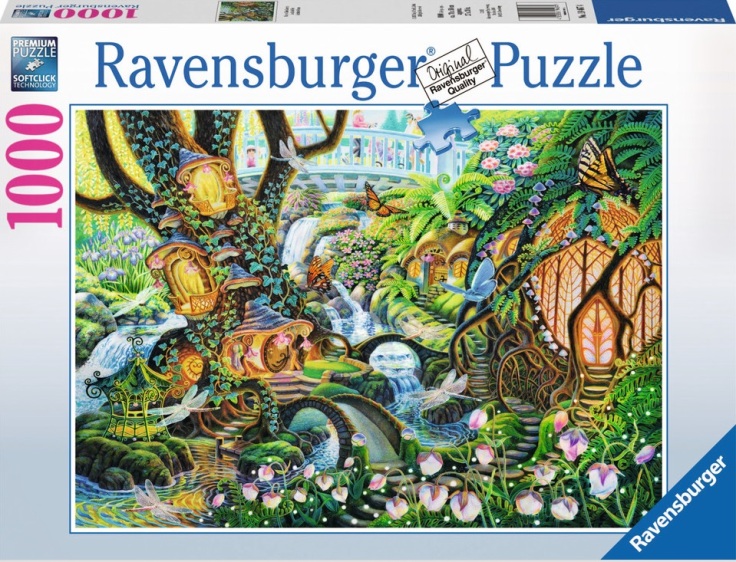 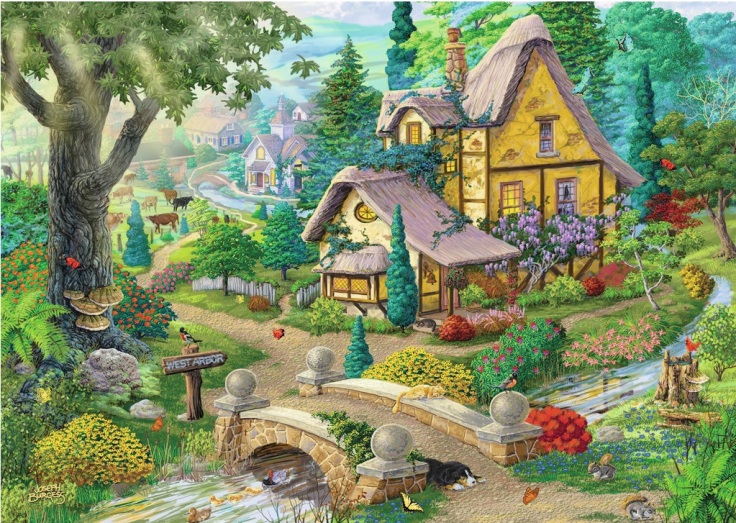 New puzzles in the “Canadian Collection”

Ravensburger US also covers all of North America, apparently. They have a number of new “Candian Collection” puzzles in a striking black box. These appear to mostly be the same artist and have a pastel sketchy style. You can see more here. 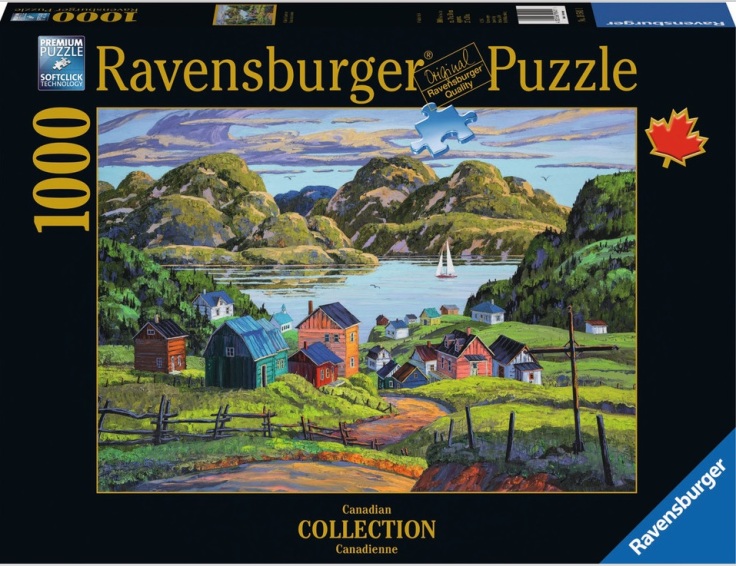 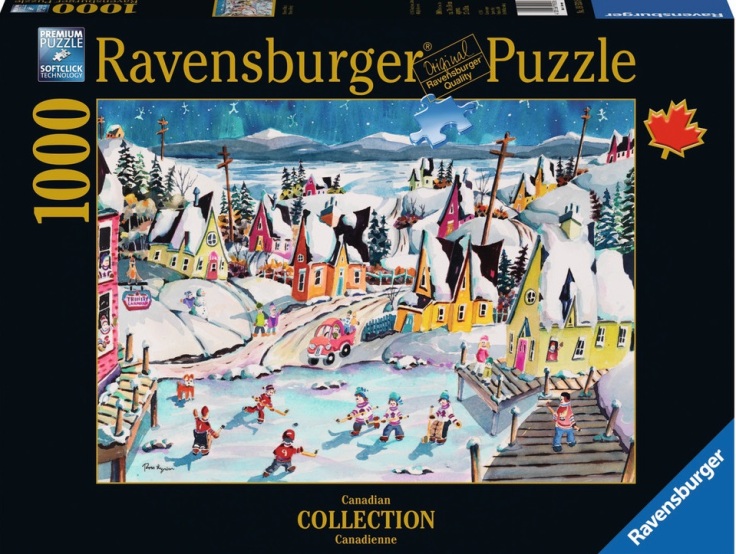 This is an interestingly cartoony look. 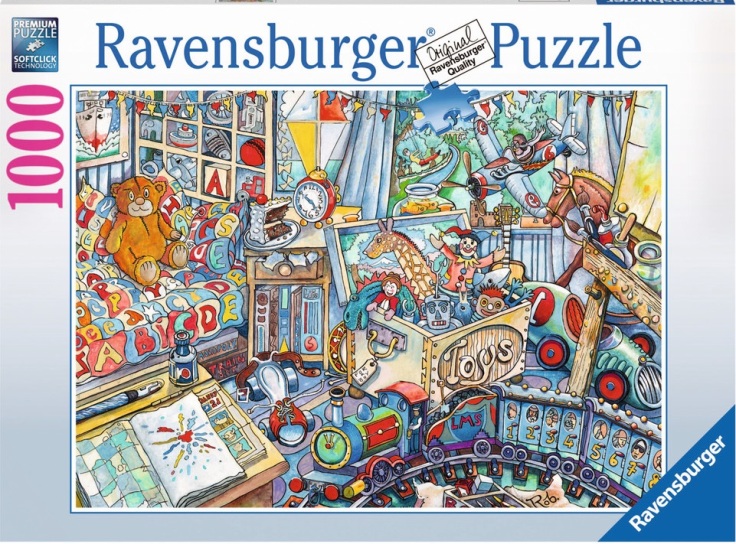 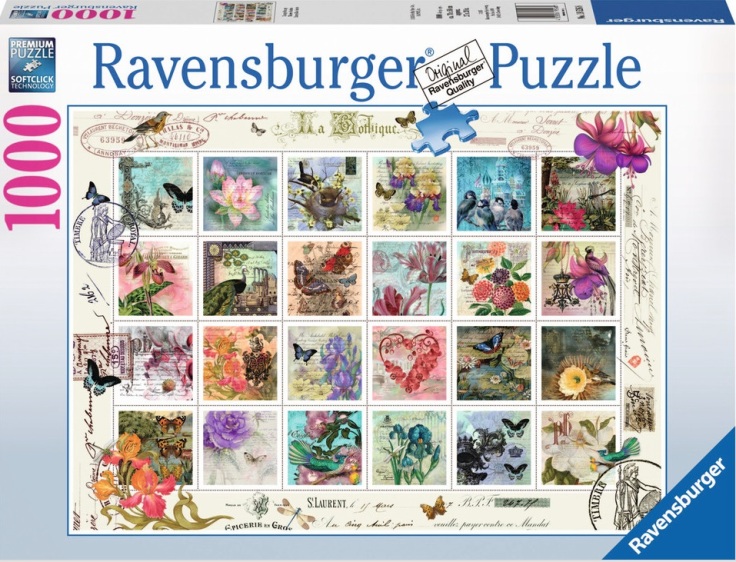 These are both attractive images with vibrant colors and 1200 pieces. I’m not sure I would really turn off my lights to look at the glow effect, but they’re nice looking puzzles regardless. 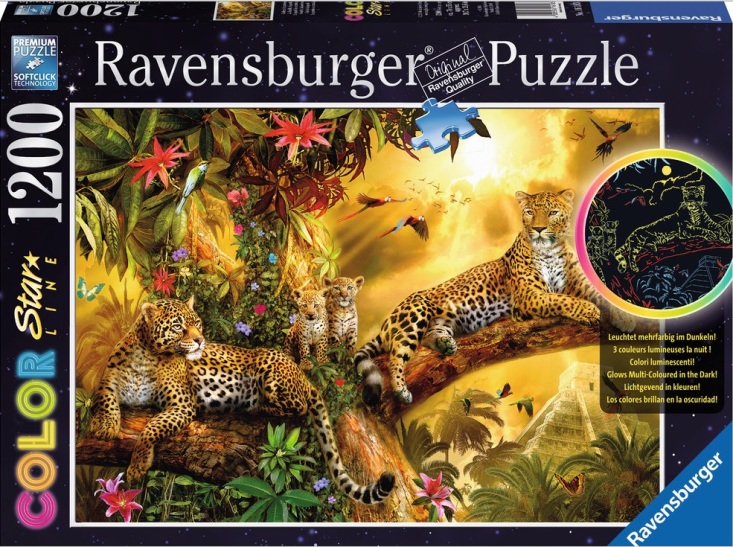 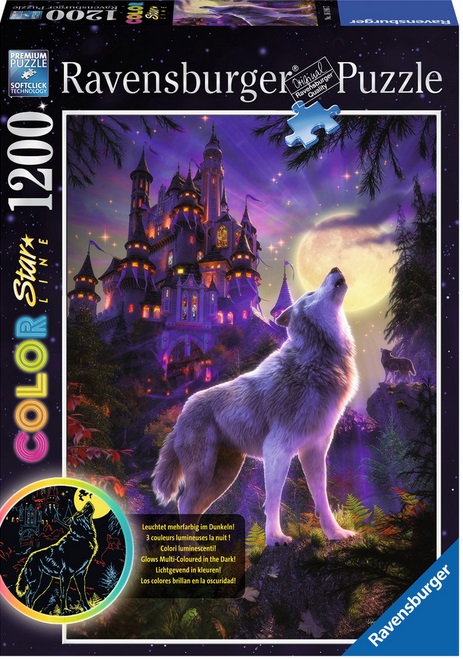 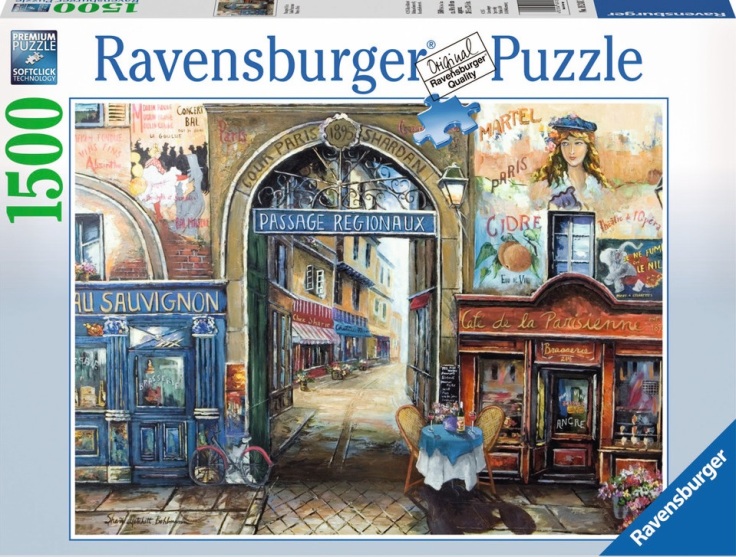 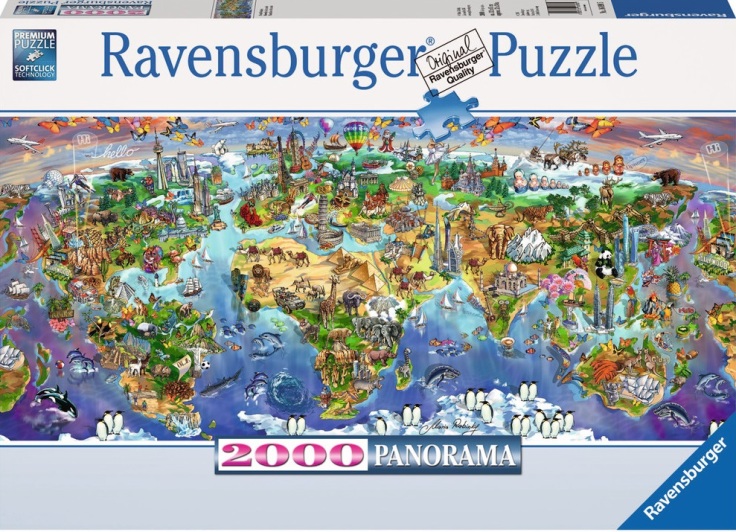 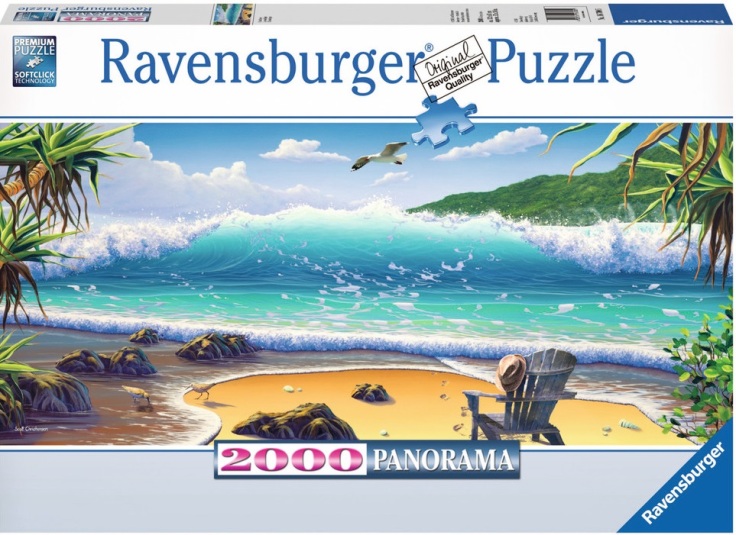 A little too monochrome for me, but an interesting image.

And for the really ambitious… 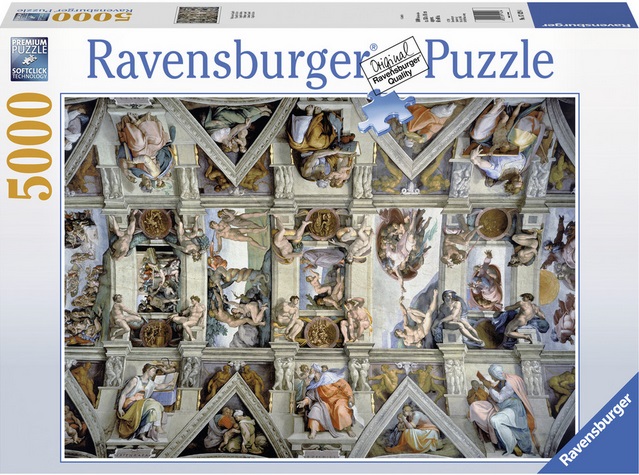