The Most Popular Piatnik Jigsaw Puzzles 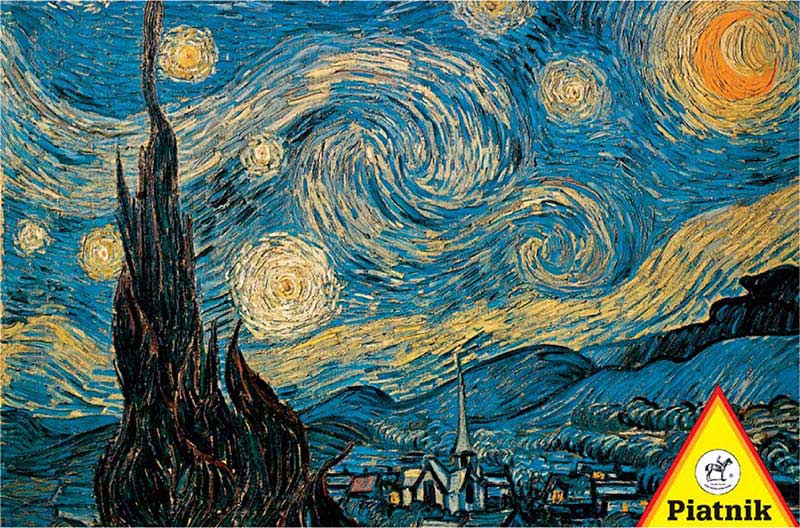 The Starry Night is a painting by the Dutch post-impressionist artist Vincent van Gogh, which depicts the view outside his sanatorium room window at night. It is part of the permanent collection of the Museum of Modern Art in New York City. One of his best loved works, this masterpiece has been reproduced over and over and many different mediums.
Although The Starry Night was painted during the day in Van Gogh's ground-floor studio, it would be inaccurate to state that the picture was painted from memory. The view has been identified as the one from his bedroom window, facing east, a view which Van Gogh painted variations of no fewer than twenty-one times, including The Starry Night. "Through the iron-barred window," he wrote to his brother, Theo, around 23 May 1889, "I can see an enclosed square of wheat . . . above which, in the morning, I watch the sun rise in all its glory."
Van Gogh depicted the view at different times of day and under various weather conditions, including sunrise, moonrise, sunshine-filled days, overcast days, windy days, and one day with rain. The hospital staff did not allow Van Gogh to paint in his bedroom, but he was able to make sketches in ink or charcoal on paper, and eventually he would base newer variations on previous versions. The pictorial element uniting all of these paintings is the diagonal line coming in from the right depicting the low rolling hills of the Alpilles mountains. In fifteen of the twenty-one versions, cypress trees are visible beyond the far wall enclosing the wheat field. Van Gogh telescoped the view in six of these paintings, most notably in Wheat Field with Cypresses and The Starry Night, bringing the trees closer to the picture plane. 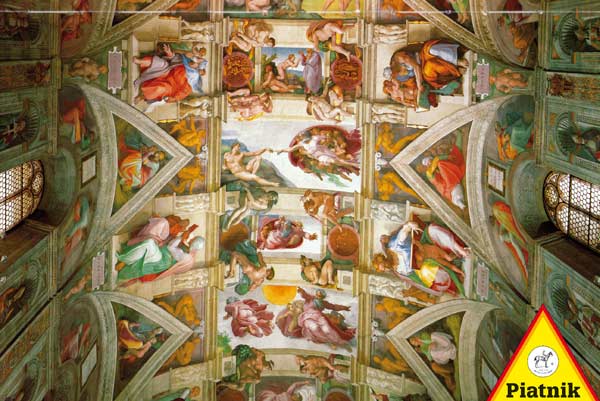 The Sistine Chapel ceiling, painted by Michelangelo between 1508 and 1512, is a cornerstone work of High Renaissance art. The ceiling is that of the Sistine Chapel, the large papal chapel built within the Vatican between 1477 and 1480 by Pope Sixtus IV, for whom the chapel is named. It was painted at the commission of Pope Julius II. The chapel is the location for papal conclaves and many important services.
The ceiling's various painted elements form part of a larger scheme of decoration within the Chapel, which includes the large fresco The Last Judgment on the sanctuary wall, also by Michelangelo, wall paintings by several leading painters of the late 15th century including Sandro Botticelli, Domenico Ghirlandaio and Pietro Perugino, and a set of large tapestries by Raphael, the whole illustrating much of the doctrine of the Catholic Church.
Central to the ceiling decoration are nine scenes from the Book of Genesis of which The Creation of Adam is the best known, having an iconic standing equalled only by Leonardo da Vinci's Mona Lisa, the hands of God and Adam being reproduced in countless imitations. The complex design includes several sets of individual figures, both clothed and nude, which allowed Michelangelo to fully demonstrate his skill in creating a huge variety of poses for the human figure and which have provided an enormously influential pattern book of models for other artists ever since.
Accidents and Emergencies: 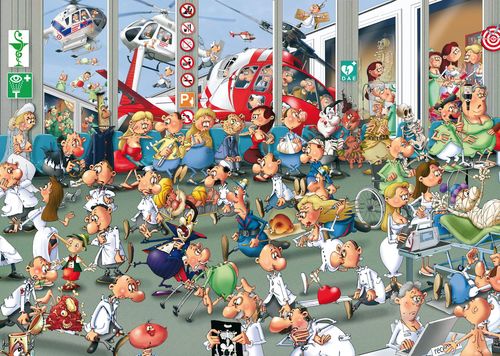 This cartoon style artwork is a very popular jigsaw puzzle. With the famous artist Francois Ruyer behind it, this comes as little surprise. Featuring a wacky hospital, vampires and flying doctors, it truly is a fan favorite.
Dance Master:

At the beginning of his career, Degas wanted to be a history painter, a calling for which he was well prepared by his rigorous academic training and close study of classic art. In his early thirties, he changed course, and by bringing the traditional methods of a history painter to bear on contemporary subject matter, he became a classical painter of modern life.
Upon his return to France in 1859 Degas moved into a Paris studio large enough to permit him to begin painting The Bellelli Family—an imposing canvas he intended for exhibition in the Salon, although it remained unfinished until 1867. He also began work on several history paintings: Alexander and Bucephalus and The Daughter of Jephthah in 1859–60; Sémiramis Building Babylon in 1860; and Young Spartans around 1860. In 1861 Degas visited his childhood friend Paul Valpinçon in Normandy, and made the earliest of his many studies of horses. He exhibited at the Salon for the first time in 1865, when the jury accepted his painting Scene of War in the Middle Ages, which attracted little attention. Although he exhibited annually in the Salon during the next five years, he submitted no more history paintings, and his Steeplechase—The Fallen Jockey (Salon of 1866) signaled his growing commitment to contemporary subject matter. The change in his art was influenced primarily by the example of Édouard Manet, whom Degas had met in 1864 (while both were copying the same Velázquez portrait in the Louvre, according to a story that may be apocryphal).
Macaroons: 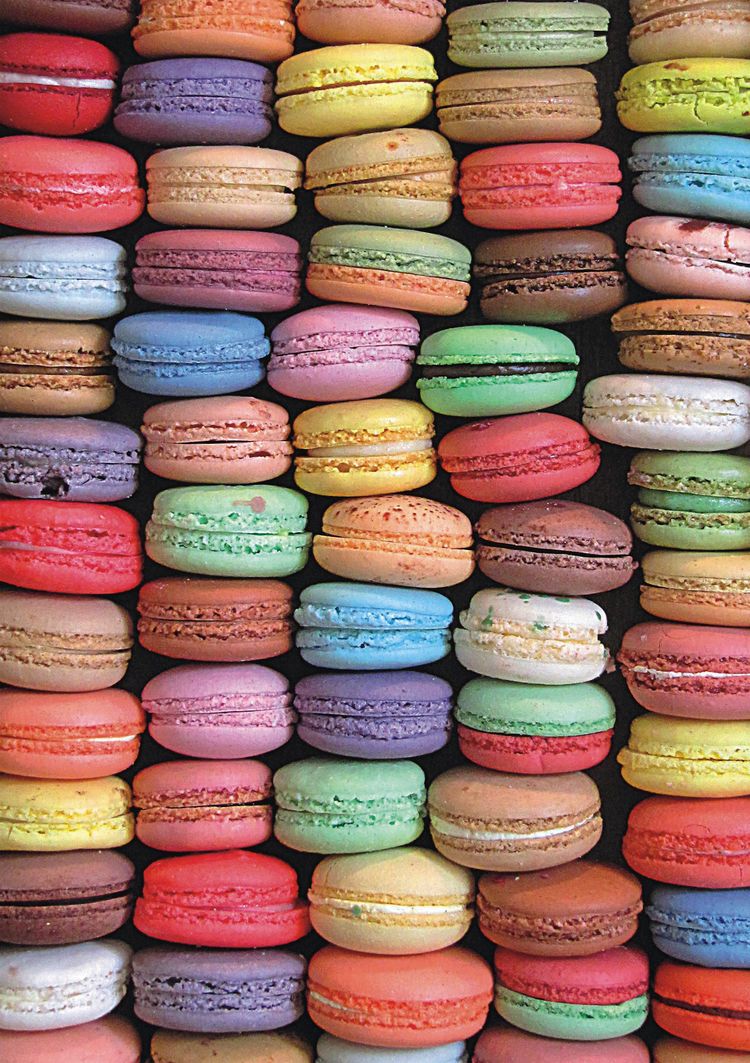 This colorful puzzle i much more difficult than it looks. Are you up for the challenge? Puzzle is not edible!