I’ve said it once and I’ll say it again, one of the best things about puzzles is that they can be about anything! Think of this article as an addendum to my “What’s Your Favorite Puzzle Genre” post because we’re about to go down the rabbit hole that is…POP CULTURE PUZZLES

First off, what exactly is “pop culture”? Popular culture is the set of attitudes, behaviors, beliefs, and objects that is characteristic of a particular society at a given time. It can be broken down into different categories, such as media, entertainment, fashion, and sports. Pop culture is usually aimed at younger generations and spreads via mass media. What makes pop culture so appealing to so many people is that it can provide both individual happiness or societal bonding. Simply put, we communicate with others over our shared likes and dislikes within prevalent pop culture trends. Pokemon? Pop culture. Hair bands? Pop culture. I hate to say it but, Kardashians? POP CULTURE. The term was coined in the 19th century and was initially considered low-brow or connected to the working class. After WW2, there were huge changes in mass media and income levels, which led to an explosion of pop culture in the United States. Love it or hate it, pop culture permeates our lives, is ever changing and here to stay.

But, this is supposed to be a puzzle blog, not a dissertation on cultural phenomenon!  You are correct, which brings me back to my main topic, pop culture puzzles, specifically, all those puzzles that contain our favorite characters. Disney puzzles, Harry Potter, and especially superheroes all fall in the huge range of pop culture puzzles. I’m not sure if any of you remember this pop culture icon, but this month's puzzle featured a little known character by the name of Hello Kitty. 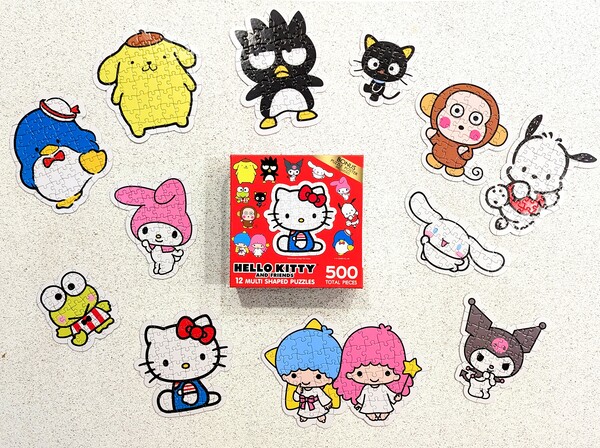 Miss Hello Kitty, also known as Kitty White was created in 1974 by Yuko Shimizu after the head of Sanrio noticed that sales for items went up if there was a cute design on them. She first appeared on a vinyl coin purse marketed to children and tweens. While Hello Kitty was always popular, during the 1990s, her popularity skyrocketed, most likely due to celebrities like Mariah Carey sporting Hello Kitty gear. I’m not ashamed to say I might have owned a Hello Kitty shirt or two in my time.

So again, back to the topic on hand, this 500 piece puzzle from Roseart is not just one puzzle, it is actually twelve mini puzzles!  I usually stay in the realm of 1000 piece puzzles, but every time I do a 500 count or lower, I’m constantly reminded that they are so satisfying!  I mean, the absolute thrill of finishing a puzzle in one day, and not taking up the whole day to do so? Absolutely fabulous. Upon opening the box, I saw that there was a nice sized poster included and that all the puzzle pieces were in one bag. I will admit, at first I was a tad grumpy that I had to sort out which puzzles were which. What can I say? I think I was feeling a tad lazy that day and couldn’t be bothered. However, I noticed that the backs were different colors! Each mini puzzle had a different colored back! Bless you, Roseart. 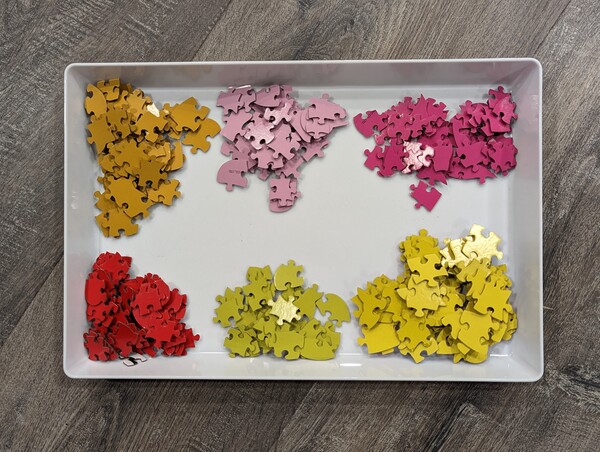 So, off I went reverse sorting, I basically flipped all the pieces back side up and put them in neat little piles. Then, I did one puzzle at a time. The puzzles were extremely fun and easy to do. Like I said, mini puzzles can be started and finished in one day and are perfect for a quick dopamine pick me up! There were a few (the ones that were mostly black and white) that gave off a faint whiff of spiciness, but I was able to breeze through all 12 puzzles in less than an hour. 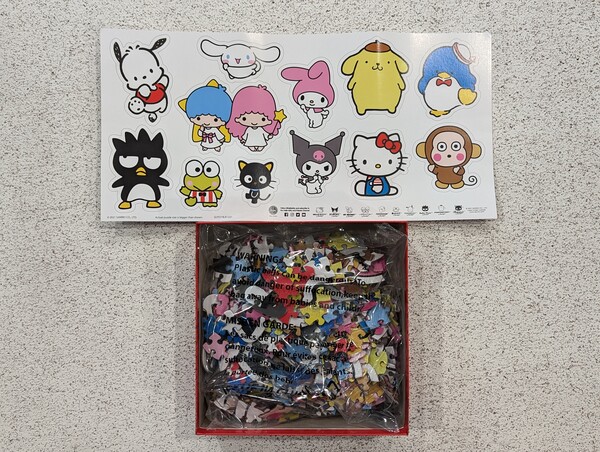 I even recorded a time lapse for you all!  You can check it out here. I hope you don’t mind The Pixies. Like I said, I was in a mood that day, lol!

If Hello Kitty isn’t your style, but you want to stick with mini puzzles, never fear, I got your back. Roseart produces a bunch of 12 mini-puzzle packs such as these featuring the Peanuts gang and the Cereal crew. 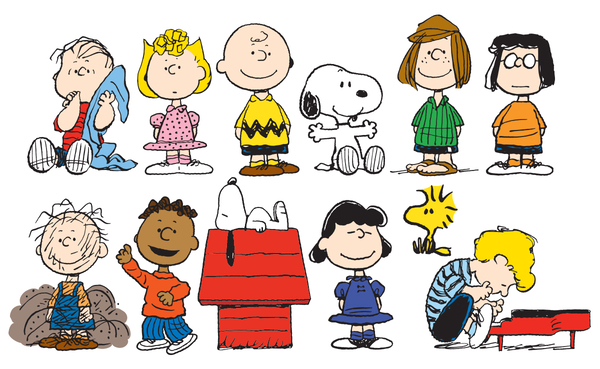 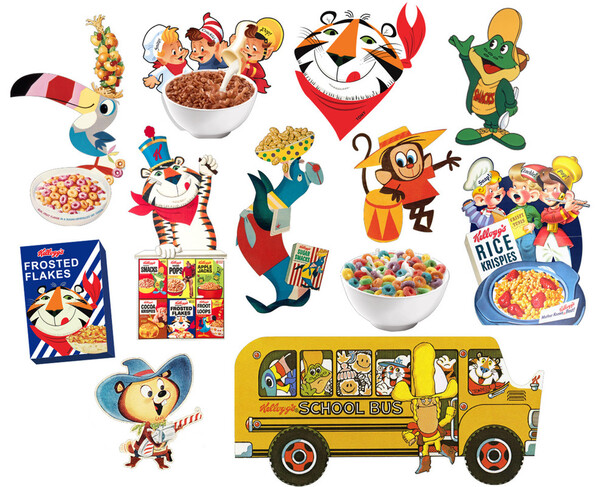 If you don’t want to do a bunch of little puzzles but still want to stay low count, you can always opt for a 300 piece puzzle. 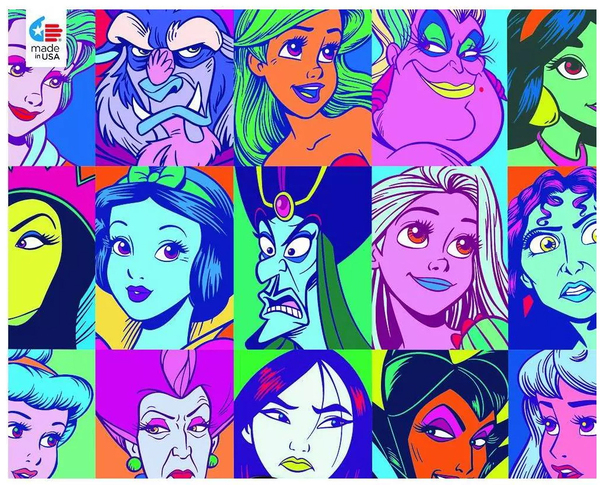 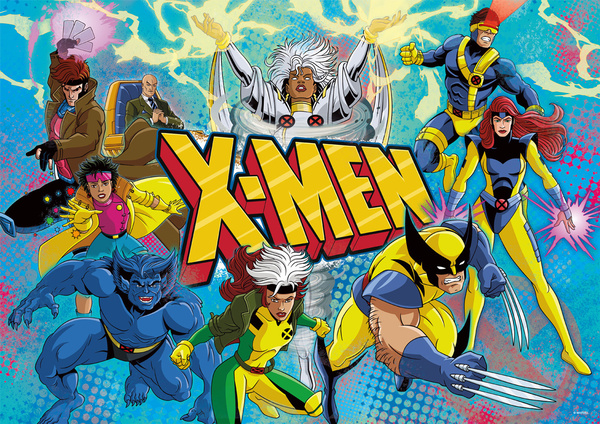 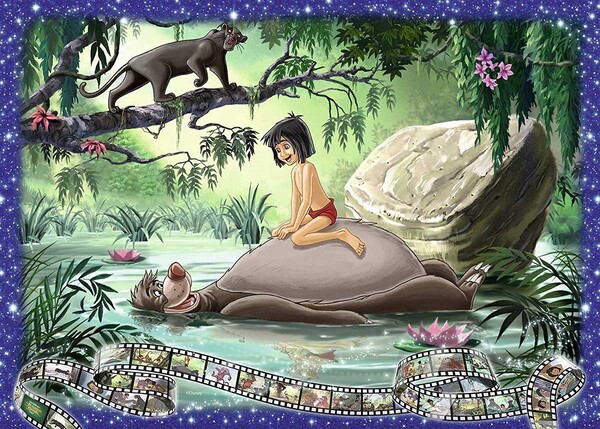 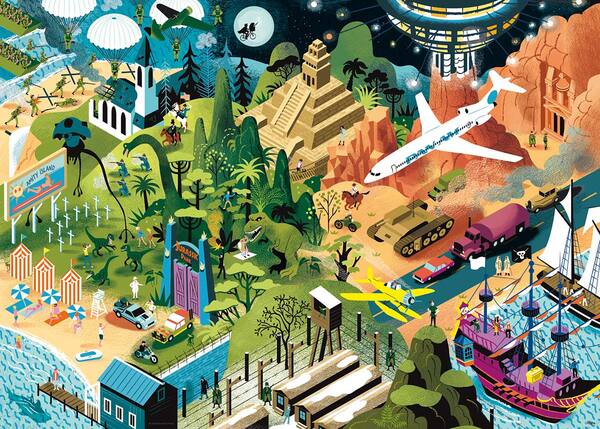 I hope you enjoyed my meandering trip down the pop culture puzzle lane! As you can see, there’s a puzzle for every interest and fan!