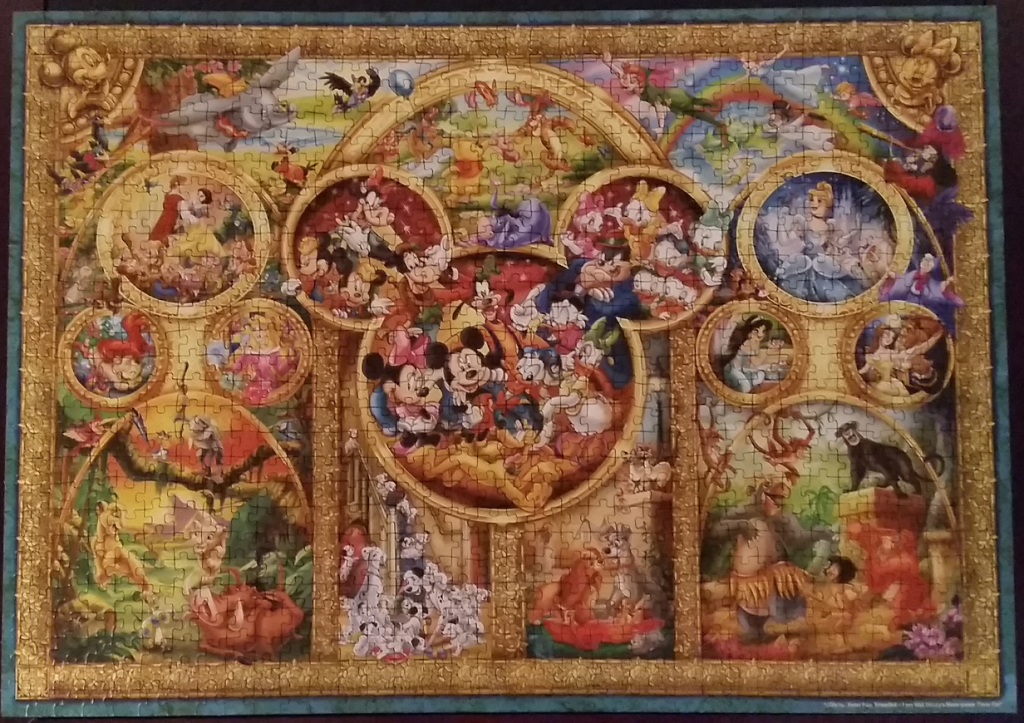 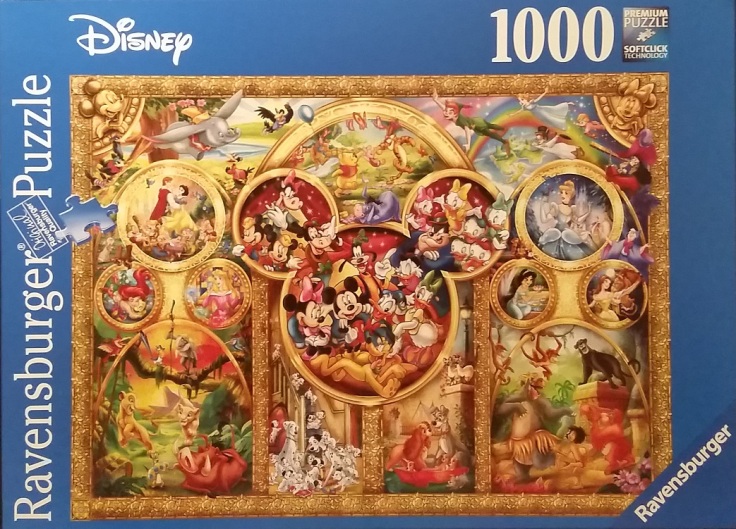 This puzzle has an adorable image of Disney characters, but some quality issues unusual for Ravensburger keep it from being as good as it could have been.

The puzzle came in a very large, 10.5 x 14.5-inch box.  As the puzzle itself is only 1000 pieces, this means the bag of pieces took up less than half of the box.  This seemed to me to be a big waste, and it also makes the box hard to store.  I’m assuming they considered the size of the box necessary to show the image in enough detail, since there’s no poster inside the box. I would much rather have a smaller box with a poster inside than an oversized, half-empty box.

The only other thing inside the box besides the bag of pieces is a standard Ravensburger flyer, which is the same as the back of the box.  It would have been nice to have more info about other puzzles or some other goodies in the box.  I am dinging the box score three points for the huge size, not having a poster of the image, having a flyer in the box with the same info as on the back, and not having any other information about other puzzles available. 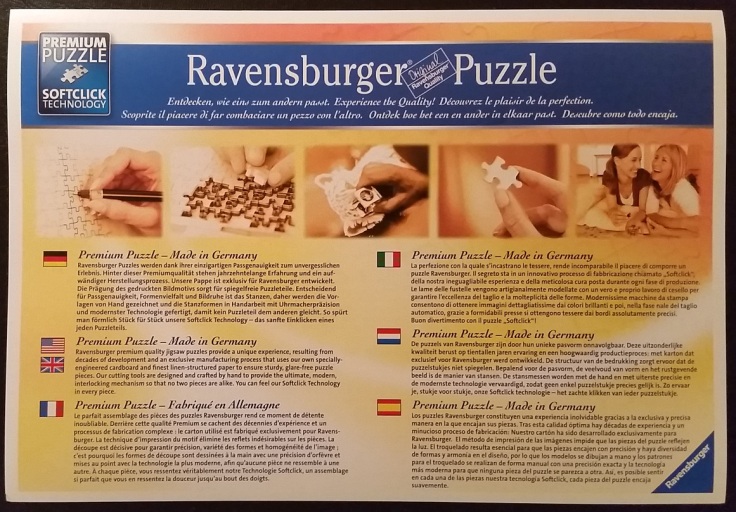 The sides of the box show smaller versions of the image, the Ravensburger and Disney logos and the piece count.

The image itself is an adorable collection of Disney characters, framed by a gold border with Mickey on the top left corner and Minnie on the top right.  Many of your favorite characters are here, from Snow White and Cinderella to Lady and the Tramp and 101 Dalmatians.  There were even a couple on here I didn’t recognize and had to look up – Clarabelle Cow and Horace Horsecollar.  The puzzle is from 2006, so more recent characters are not included.

The image is sharp, colorful and clear. 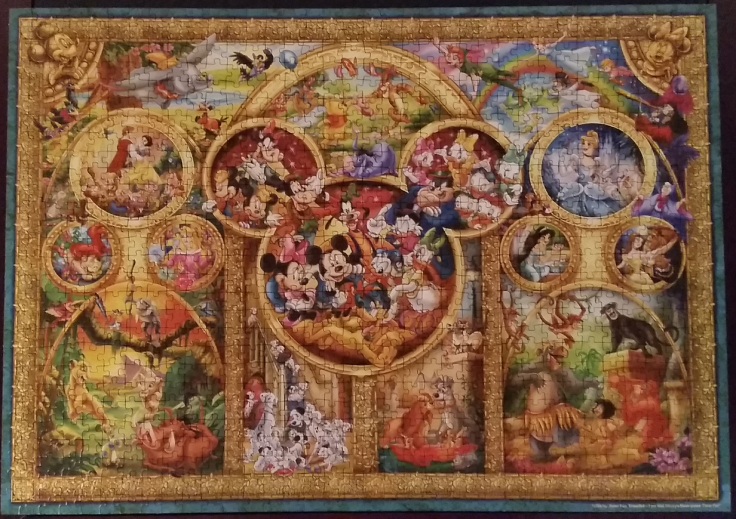 For a Ravensburger, I was surprised that the quality of this particular puzzle wasn’t up to their usual standards.  The image was reproduced well, but there were some other quality problems, including some irritating puzzle dust.  The biggest issue, though, was that the fit of the pieces was loose, making the seams between the pieces very noticeable.  They were so noticeable that the completed puzzle is not one I would advise hanging on the wall.  That’s a shame, because this would be really cute for a kid’s room, for instance. 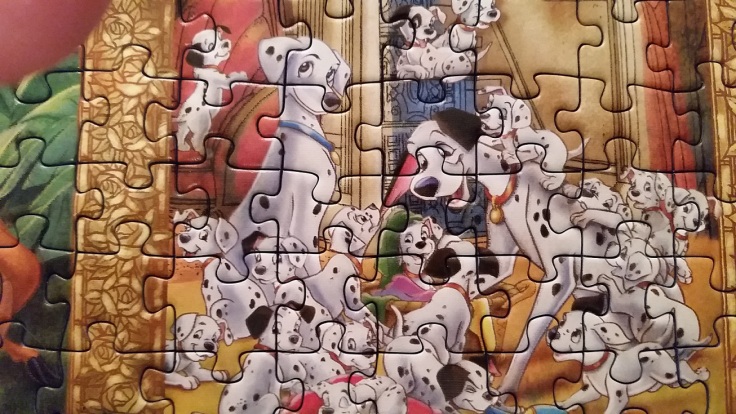 The assembly of this puzzle turned out to be more challenging than I had thought it would be.  The characters look easy enough to figure out, but when they’re in little pieces it’s not so simple! 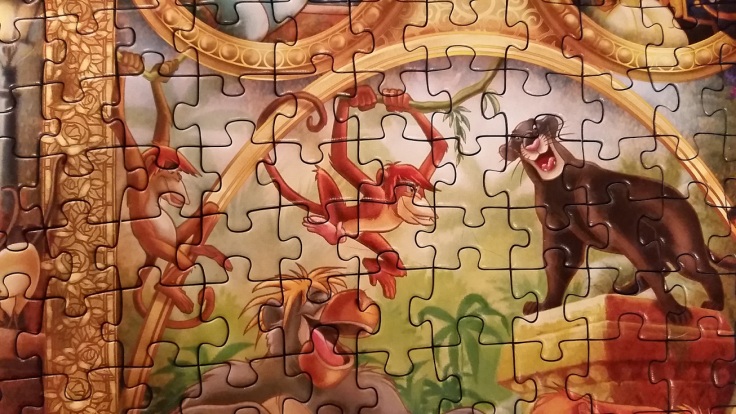 I put the border together first, then worked on some of the easier scenes like the Dalmatians.  The difference in the gold circles around the scenes helped some, as did the backgrounds and, of course, the more obvious parts of the individual characters.

This may look like a kid’s puzzle, but I wouldn’t buy this for little ones to put together as it’s more challenging than it looks. 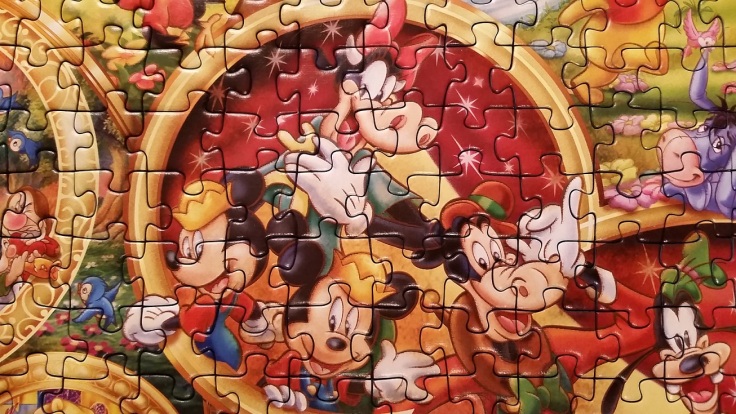 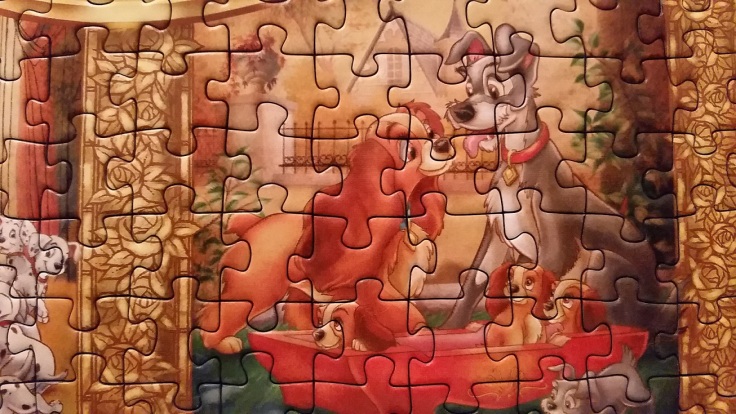 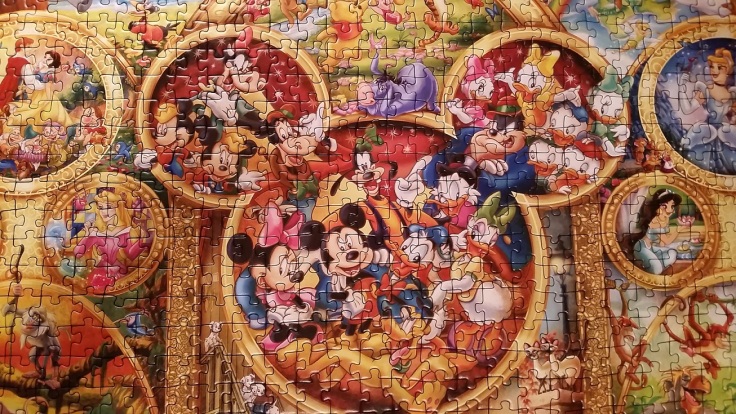 The image is really cute and that’s what drew me to it.  It’s too bad the puzzle wouldn’t be a good one to frame due to the obvious seams when put together.  However, if you’re a big Disney fan and are looking for a collage of your favorite characters, this is one you could consider.  There are several other similar ones out there.

I ordered this from Amazon US and it arrived from a company in the UK.  You can also try eBay as another option.