I found three new Wasgij puzzles on the web today. I love Wasgij puzzles and I’m always happy to see new ones. These should be available in the US in short order.

For those who have never done a Wasgij, the idea is that the puzzle you assemble is  not the box image, but some spin on the box image.

In this puzzle, the image you assemble is a “180 degrees turn” from the image on the box. What is everyone looking at? 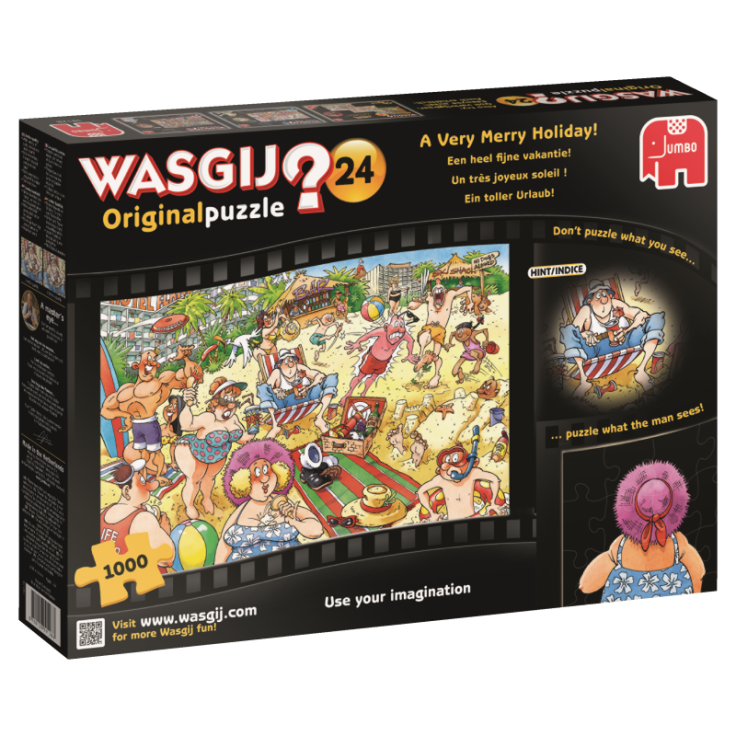 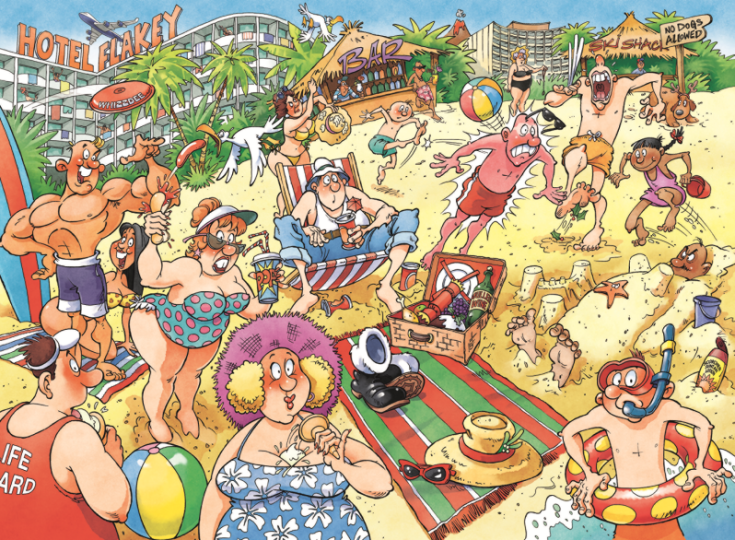 In this puzzle, the image you assemble is the same scene as the image on the box, but it is shown back in time. Will we get a medieval scene? Sounds fun. 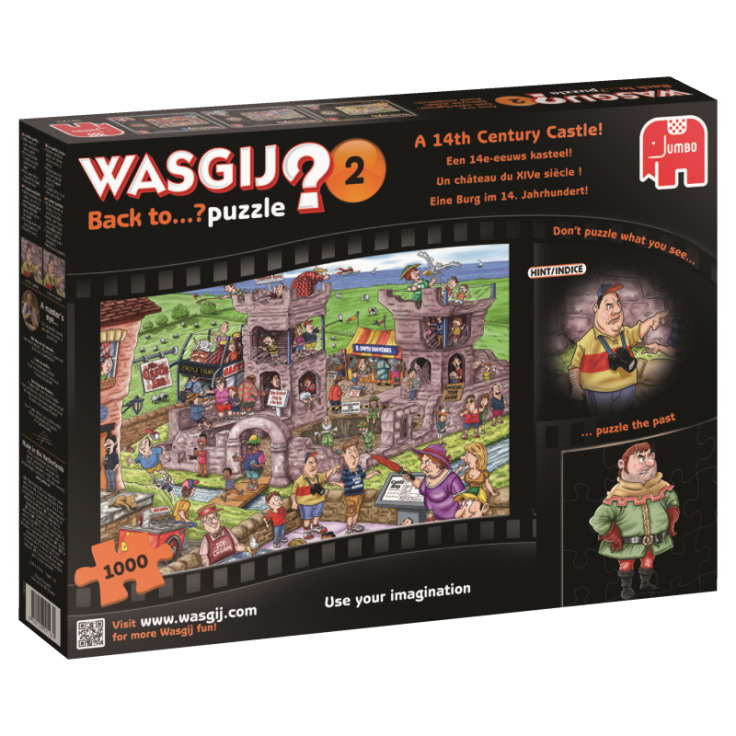 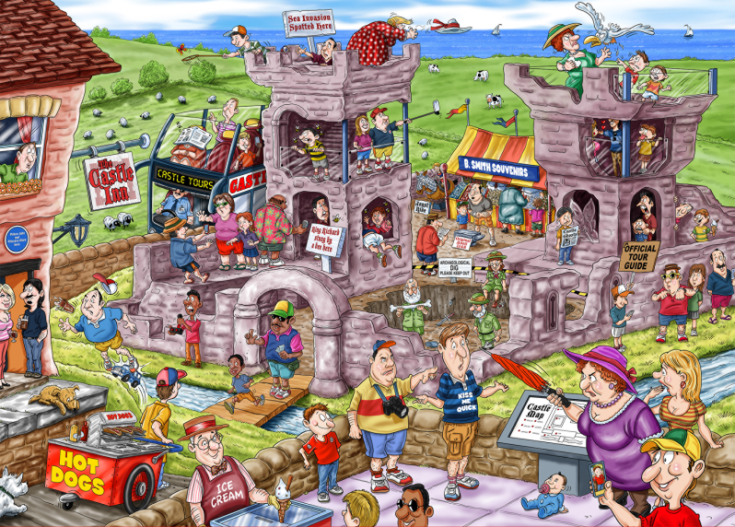 In this puzzle, the image you assemble, like the Wasgij Original, is a 180 turn from the scene on the box–but it has a Christmas theme.  This is a two-fer, meaning they include also the box image itself PLUS the wasgij image in the box. So you get two 1000 piece puzzles. 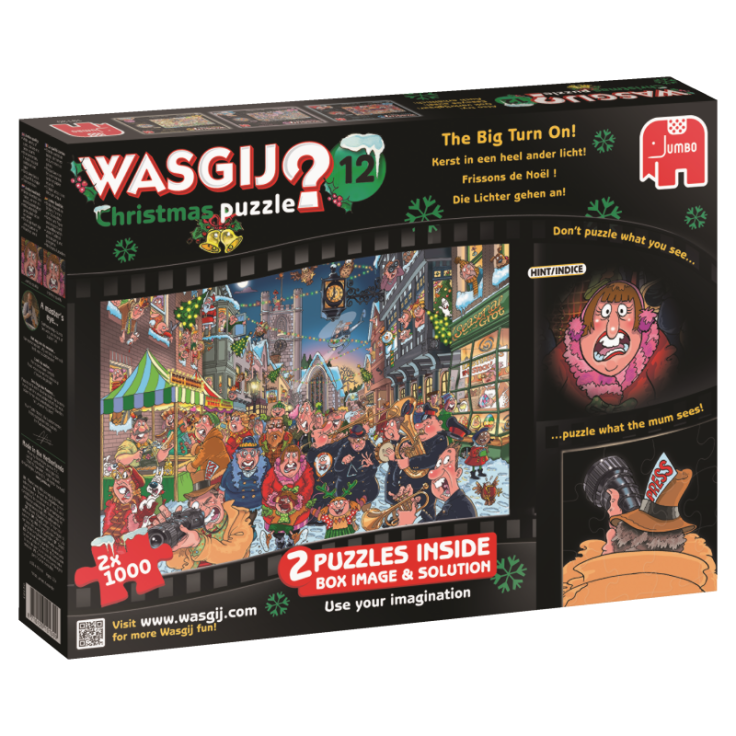 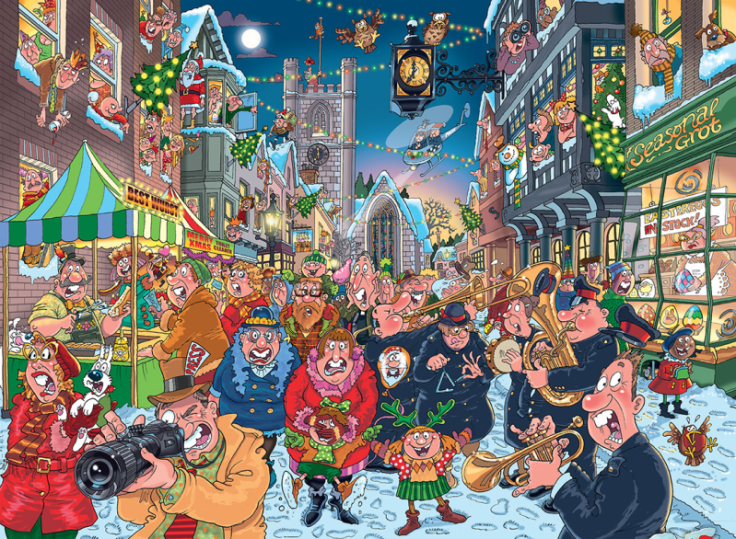 I’ll be reviewing these once they’re in stock.

Meanwhile, you can see the currently available Wasgij puzzles here.  Puzzle Warehouse is currently having a 11% off sale sitewide, so it’s a good chance to grab them.