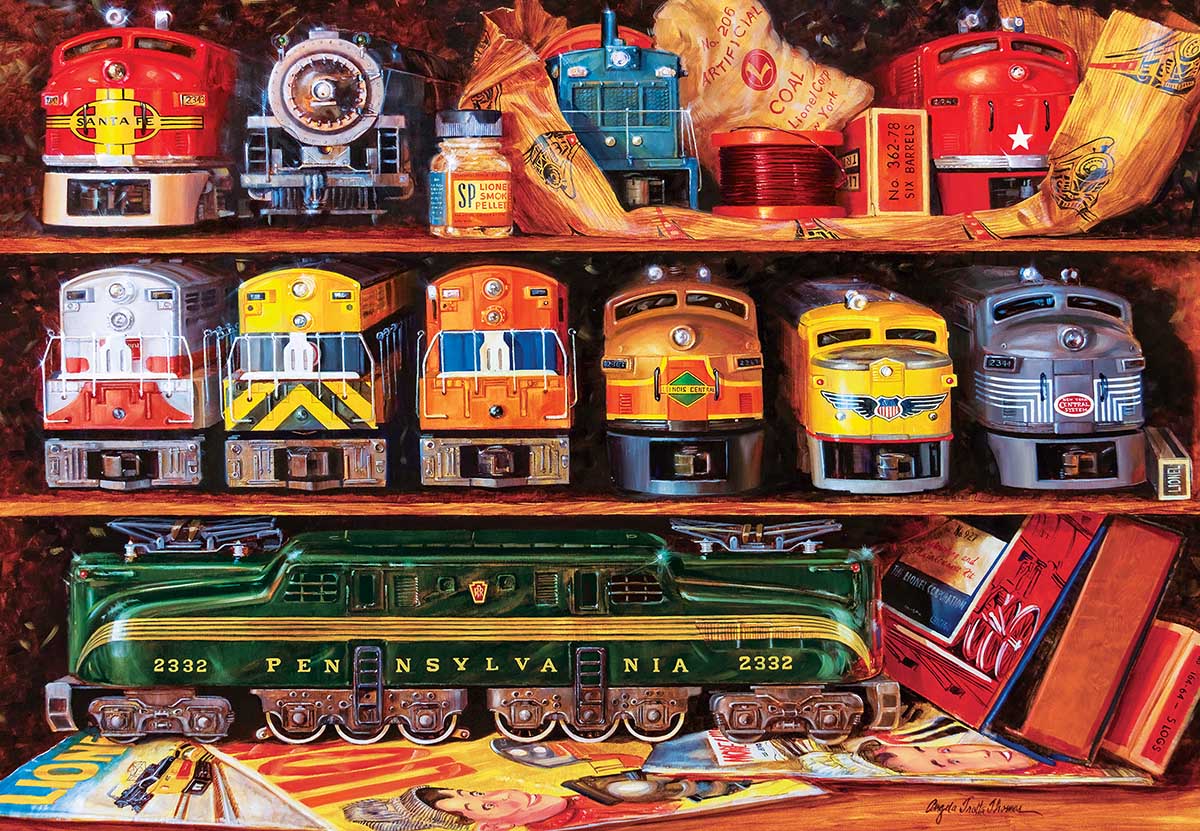 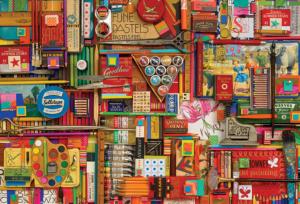 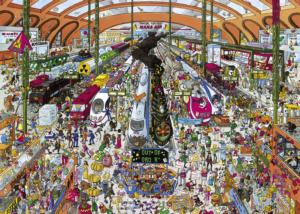 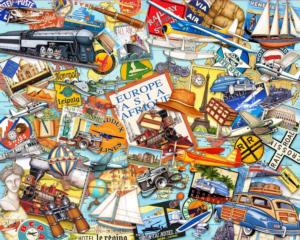 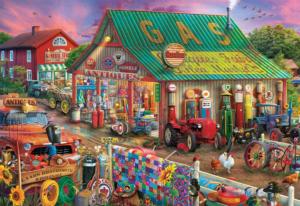 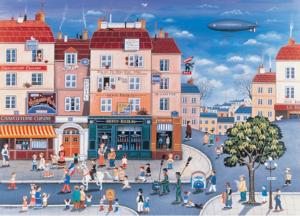 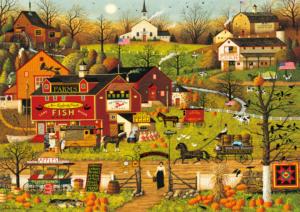 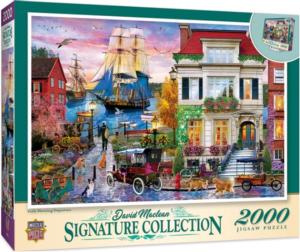 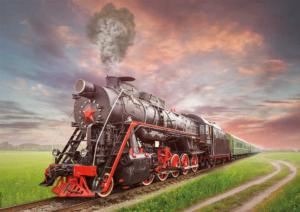 Very challenging. Thought this would be a quick one but was wrong.

We chose this puzzle because there was a nice variety of areas to work on, but the fact that it is made from a painting gave us the extra challenge beyond just the fact that it's 2000 pieces ... the brush strokes on each piece make it a lot less obvious where the piece itself goes. There were lots of time we picked up a piece and had no idea where it went in the puzzle, and there were a lot more dark areas than appeared from the image. As for quality, my husband spilled his beer over about 100 pieces and dried them out - while one or two split horizontally through the piece (making it less thick) we were still able to put the puzzle together in the end and the quality of the puzzle meant it wasn't catastrophic. My only complaint is that the box does not show the bottom corners since there is are image superimposed there, but the side panel shows detail of the left bottom and not the right. 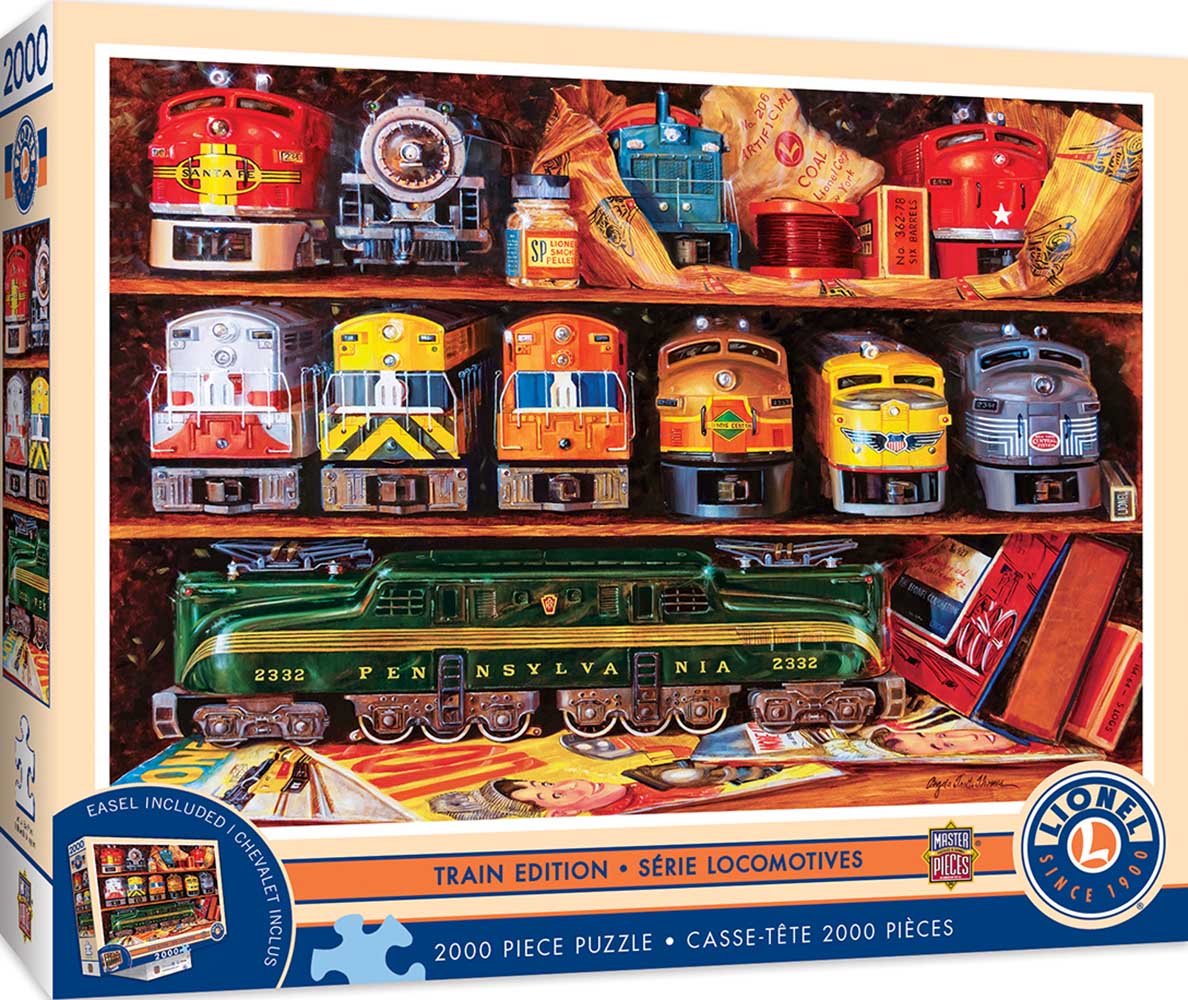