Today, Gibson jigsaw puzzles are loved around the world. In 1903, Harry Gibson decided to acquire an unsecured loan of £500 from the Royal Bank of Scotland in Bishopsgate, London. This quite large loan enabled him to start his business, which at that time was named The International Card Co. The International Card business was then later sold to the De La Rue Company and H. P. Gibson & Sons Limited was formed in 1919.

Mr. Gibson was wholeheartedly determined to bring a new, luxurious feel to a decidedly lackluster market. The result was their high quality, 100% recycled puzzle board and strong, beautiful boxes printed in smart royal blue. Along with the new jigsaw puzzles came new themes. Mr. Gibson did away with the long overdone subject matters and introduced delectable new imagery, often artwork hand done by specially commissioned artists from the area.

Since then Gibson's has expanded and become a widely known and loved manufacturer of jigsaw puzzles and fine toys. Having gone from only 6 puzzles in their line, they have now grown to over 250 titles, running from 2 to 2000 pieces, with over 50 new jigsaw puzzle images designed and introduced every year!

Gibsons have a broad selection of products for all the family including games and puzzles suitable for pre-school to big school and beyond! 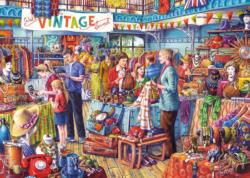 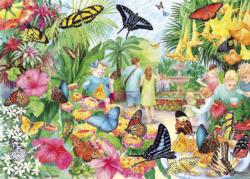 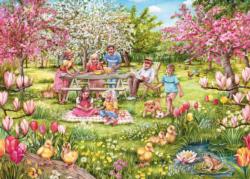