Based out of Kansas City, Missouri, not more than a few hours from The Puzzle Warehouse!

In 1963, Springbok Editions was founded by couple Robert and Katie Lewin. Their jigsaw puzzles revolutionized the industry in the United States and were greatly inspired by the works of Waddington circular jigsaw puzzles, that Robert acquired in England as gifts for his and Katie's children. Robert and Katie Lewin, with some assistance from Waddington, founded Springbok Editions and began the manufacturing of die-cut jigsaw puzzles in the United States. Katie Lewin drew the designs for their proprietary cutting dies herself, making each puzzle completely original and unique in pattern.

Springbok Editions' circular and octagonal puzzles became enormously popular and quickly gained the reputation of catering to the most dedicated puzzlers. From inception, Springbok puzzles have been known for their superb quality pieces, their ability to perfectly interlock, and state-of-the-art lithography. Robert and Katie Lewin searched museums internationally and produced puzzles that reflected their love for nature in addition to commissioning successful, talented artists of the time to paint special artwork specifically for puzzle use, making the puzzles true collector's items. 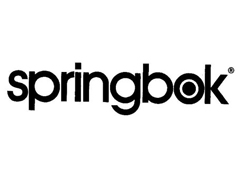 View all of Springbok puzzles HERE